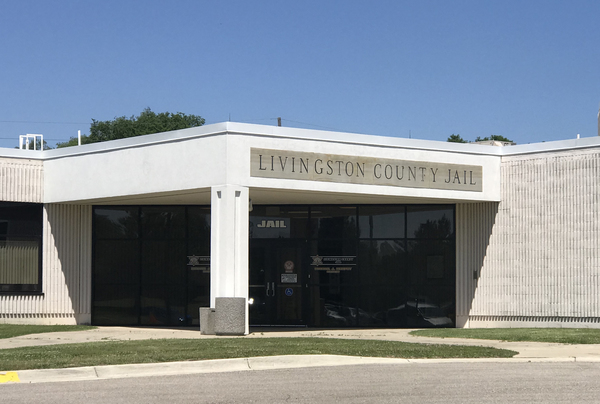 
Some male inmates at the Livingston County Jail have tested positive for COVID-19.

Per protocol, all fresh arrests and transfers are placed in a quarantine-holding area upon entering the jail. Sheriff Mike Murphy says they did a transfer-in from another facility last Monday and a male individual came in healthy. He was quarantined with others but then said he wasn’t feeling well the next day so was seen by medical staff and tested positive, along with another inmate. Murphy says two other inmates opted not to be tested but are not exhibiting any signs or symptoms and are still in quarantine. He tells WHMI the two who tested positive were moved to a different medical area and aren’t getting worse so that’s a good thing. everyone appears to be doing well. Murphy said all four are doing well and staff is aware of the situation as are other jail inmates.

Murphy declined to identify the facility but stated it was not initially disclosed that there were positive COVID cases at that facility. He said they’ve been very fortunate and able to keep COVID out of the jail because they have a phenomenal staff and phenomenal medical staff that have put a bunch of policies and procedures in place that have worked out well. Murphy says they kind-of figured it was going it happen eventually and saw it coming so stayed ahead of the curve. He added this is not their first encounter with health issues as they deal with people who have TB, hepatitis, MRSA, AIDS and other things so someone having an infectious disease is nothing new in the jail world.

Murphy noted they provided all inmates and staff with masks early on. He said they knew they were going to have to change things a little bit for COVID but what has really been helpful is that they added on to the jail a few years back. He says it has really helped with the ability to keep distance, move inmates around and keep them separated as much as possible.