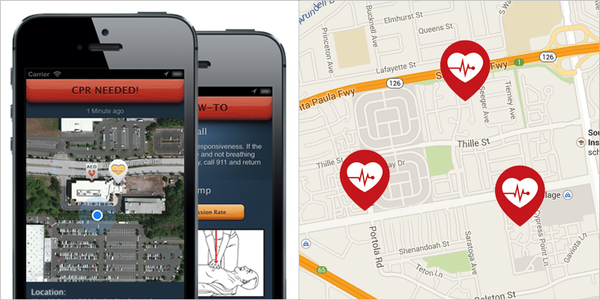 Livingston County has become the first community in Michigan to utilize a mobile application system that will alert CPR-trained individuals when they are near an emergency.

All eight of the Livingston County Fire Departments and Livingston County EMS with the financial support of the American Heart Association have enabled Livingston County to be the first Pulse Point community in Michigan. More than 350,000 Americans have an out of hospital sudden cardiac arrest each year and ninety percent of those events are fatal. The American Heart Association estimates that effective hands-only CPR provided immediately after a cardiac emergency can double or triple a person’s chance of survival, but only 46 percent of sudden cardiac arrest victims received bystander CPR in 2016. Even fewer received a potentially lifesaving shock from a public access AED.

Pulse Point has a two-fold approach to improving the outcome of sudden cardiac arrest. First, the Pulse Point Respond app, which notifies citizens trained in CPR that their help is needed nearby. Secondly, Pulse Point AED is an app that allows the public to take a photo of an AED in the community so that if CPR is needed they can be directed to a nearby AED.

Anyone with a smartphone can download the free PulsePoint Respond app through the Google Play Store and Apple App Store. Once the app is installed, Livingston County Fire and EMS can be selected as the agency serving the area where a resident may live or work to receive alerts. Users may follow more than one agency. PulsePoint is currently active in more than 2,500 cities across the country and is free to all users.

In addition to receiving notifications about cardiac arrests nearby, PulsePoint also notifies users in real time of other emergencies in the area such as car accidents, structure fires, and other non-medical emergencies. Those notifications are not asking for responders but are there to make users aware that they may want to avoid the area.

More information can be found at the link below. (DK)