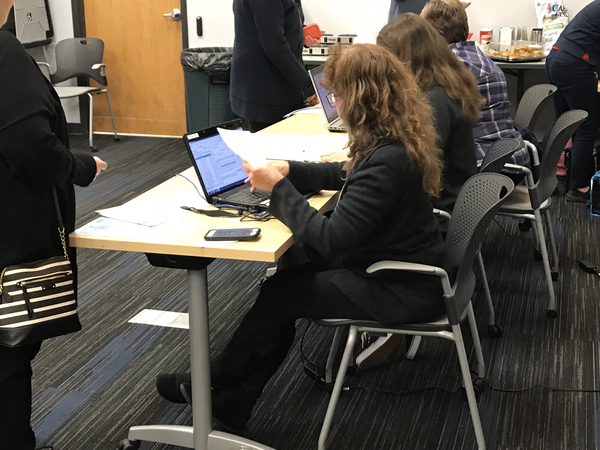 
Livingston County has banned the use of accepting private funding for local elections.

The Board of Commissioners recently adopted a resolution “optimizing election integrity” related to the acceptance of un-regulated, private monies for funding elections.

The resolution states the board has the authority to accept or reject a proposed donation/grant to the County in the form of cash, personal property, and real property. It states County Departments must submit any requests to the Board for consideration of whether it should be accepted or rejected.

The resolution affirms the position of the Board is to not approve or accept the donations/grants of private monies or personal or real property to the County for use in or purposes of funding and managing elections.

The resolution was put forth by Board Chair Wes Nakagiri. He told WHMI “I thank the entire Livingston County Board of Commissioners for their support in the passage of this resolution. Along with our County Clerk, I commend my Board colleagues for their leadership in becoming the first local governmental body in Michigan to address this important Election Integrity issue.”

The resolution references grant funds tied to Facebook CEO Mark Zuckerberg. He donated nearly half a billion dollars in 2020 to two nonprofit organizations, the Center for Tech and Civic Life (CTCL) and Center for Election Innovation and Research (CEIR). They provided grants to election departments for things such as new ballot counting equipment, poll worker training and efforts to expand mail-in voting.

It was intended as a one-time donation, not a continuous stream of funding, to aid offices amid the pandemic when state and federal funding was lacking.

The grants sparked suspicions from conservatives and Trump supporters about Zuckerberg’s influence on the presidential election, with many claiming the money was used to secure President Joe Biden’s victory.

Livingston County is now the first municipality in Michigan to do so and a press release was sent out by the Thomas More Society, a conservative public-interest law firm.

The resolution that was adopted states that Livingston County did not accept any of Zuckerberg’s funding “considering election irregularities across the nation” and it appropriate to implement a new County policy “to eliminate any future possibility of private monies being used to skew elections in our County”.

Livingston County Democratic Party Chairwoman Judy Daubenmier provided the following statement, in response to the press release issued and the board action:

“This attorney has been referred for an attorney ethics investigation in Wisconsin because of a baseless lawsuit he filed over the 2020 election. His claims about the inappropriateness of acceptance of private donations for the administration of the 2020 election are equally baseless. Nine municipalities in Livingston County accepted $5,000 each from the Center for Tech and Civic Life and there is no evidence at all that the funding impacted the integrity of the election results here in Livingston County. None. Donald Trump still won. This resolution is not about election integrity. It is about continuing to spread the Big Lie that the 2020 election was rigged, the claim that was at the heart of the on-going criminal conspiracy that led to the January 6 insurrection at the Capitol. Of course, Livingston County was the first place to pass such a resolution. When you want to bring the crazy, Wes Nakagiri is always your guy.”

During the meeting, a number of people spoke in favor of the resolution and the County not accepting unregulated private money while referencing election fraud. Those opposed commented it’s embarrassing that conspiracy theories, lies and misinformation are still being spread about the elections despite proof otherwise.

Wallbank questioned how much money the county has accepted via all different kinds of grants and commented that “grants aren’t evil” – stressing the jobs of local clerks are becoming increasingly demanding. He noted it’s becoming more difficult to recruit and train election workers but also for clerks to even find polling places – adding all of that takes resources and funds. Wallbank stated that refusing grant money is fiscally irresponsible and there was nothing in the CTCL grants about partisan politics, adding local municipalities have benefitted.

The resolution, a letter from Nakagiri and the press release are attached.