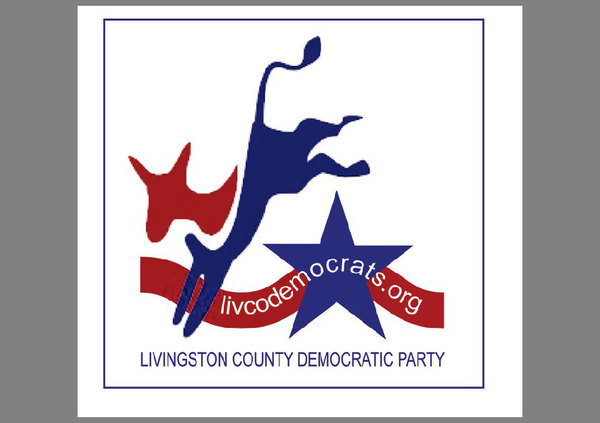 
Despite being shut out of all the county commission and county executive positions, Democrats in Livingston County say they made substantial gains from four years ago.

Livingston County Democratic Party Chair Judy Daubenmier commented that everyone who made phone calls, sent texts, left literature at the doors of voters, or put out a yard sign helped Joe Biden win the presidency. A press release states Biden captured 37.9% of the vote for president in the county, up 5.63% from 2016. The 48,218 votes Biden won was said to be a record for a Democratic presidential candidate in the county and placed Livingston County 10th among Michigan’s 83 counties for number of votes for the top of the ticket.

Daubenmier says the record number of Democratic candidates on the ballot for state and local races in the county helped fuel a huge increase in the number of straight ticket votes for Democrats -- 23,025 compared to 13,620 four years ago. She noted the party had 39 candidates for state, county-wide, county commission, and township offices, as well as numerous candidates for non-partisan offices such as school boards and library boards.

In addition, while 8th Congressional District Democrat Elissa Slotkin, did not gain a majority of votes in the county, she did win the City of Brighton, while also taking 48% of the vote in Howell and 47% percent of the vote in Hamburg Township. Democrats winning election to partisan office include incumbent trustee Lori Cowan on the Unadilla Township Board and newcomer Cindy Michniewicz to the Hamburg Township Board.

Daubenmier said that Democrats were eager to vote this year and were extremely determined to do whatever they could to help Biden win. “The demand for yard signs was huge and unprecedented. When yard signs were stolen in broad daylight, riddled with bullet holes, ripped up, or run over by cars, our supporters only became more determined and came back for another yard sign. Some came four or five times after their yard signs were stolen. We knew enthusiasm was sky-high and voter participation would be, too. Because we gave voters a choice at so many levels of government, they were encouraged to vote straight tickets. Democrats couldn’t wait to vote and many voted absentee rather than wait for Nov. 3. They were rewarded with victory on Saturday and we are extremely grateful for their efforts."


The full release is attached.