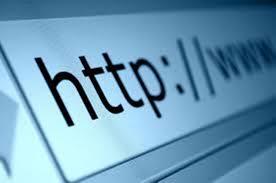 
A resolution is nearing final approval that would make annual cyber security awareness training mandatory for all Livingston County employees.

The resolution was initially approved at last week’s General Government & Health and Human Services subcommittee meeting, and then by the Finance Committee meeting. It goes before the full board at their meeting tonight. The resolution states that local government is a preferred target of cyber criminals due to the diverse and often personally identifiable information maintained in administration of public programs and services provided. The resolution further notes that the majority of cyber security incidents related to governments have been caused unintentionally by employees falling victim to phishing attacks. Thus, the training and education is said to be valuable and an important way to mitigate malicious attempts to compromise government systems and data. It was further stated that elected security is strengthened by strong employee cybersecurity awareness skills.

Commissioner Wes Nakagiri put forward the resolution. He told WHMI he’s very passionate about having good cyber security as local governments are a big target for hackers and felt it was important to have a resolution in place that mandates the training they’re already doing. Nakagiri added they could get someone in the future who doesn’t make it as high a priority so he thinks it’s important to have a resolution and mandate that this will continue for years to come.

There was some discussion about the wording and how often it will come up. It’s a continuous resolution, which requires the county administrator to report back to the board annually. Nakagiri says he really liked that degree of control so they know if they’re meeting targets, what type of compliance is taking place and if they need to do something different. The resolution will be up for final approval at Monday night’s meeting. It starts at 7:30pm in the boardroom of the county administration building.