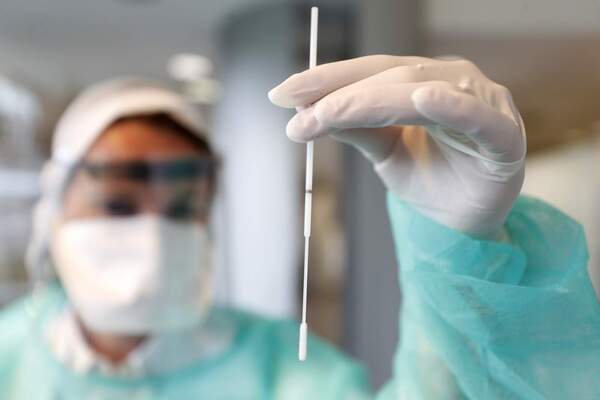 
COVID cases continue to rise both across the state and locally – and health officials say the new variant is present in Livingston County.

Michigan set a new record on Wednesday – the highest daily COVID-19 case count since the start of the pandemic. New cases have also soared nationally to their highest level on record, at more than 265,000 a day, amid the arrival of the highly contagious omicron variant. Locally, cases also continue to spike.

Marquez said numbers have come down since the peak, which was at the end of November, but cautioned that there are still very high levels – higher than throughout the pandemic. He said cases span pretty much all age groups but noted they have seen a decrease since late November in the K-12 age group and a bit of an increase in adults age 50 to 64.

Marquez says they were notified of the variant being identified locally a couple of weeks ago but noted there has been a bit of delay in sequencing of up to two weeks. Marquez said truthfully, he thinks it’s just “the tip of the spear”. Based on some of the local transmission and studies from sequencing in local labs, he thinks it’s actually much more prevalent than the single case would indicate.

Marquez said it’s important to note that the tools we’ve had in the past still work and those are vaccinations, booster shots and masks. He said it’s important now for those who have not been vaccinated to do so and others to get their booster for the highest level of protection.

Marquez said vaccinations are the best tool against getting sick from any variant but getting a booster shot is best to protect against the new variant. He said studies show those who are boosted have quite mild symptoms if they do get infected.

Because the variant is much more transmissible, Marquez recommends people consider higher quality masks such as KN95 or N95 that provide more protection and are sturdier than cloth masks - especially for those who might be immune-compromised or at higher risk or even in crowded areas. He said cloth masks are ok but if at all possible, he recommends at minimum a surgical-type mask, which can be purchased at most stores now.

When it comes to testing, Marquez said the demand is really kind of reaching the supply. He noted there is still testing through doctors’ offices and Urgent Care but they are working at the county to try and get a couple more local providers to provide testing – adding they’re aware of some of the limitations but are working to try and increase them.

Marquez said if people can pick up rapid tests, they’re helpful before going to a big gathering or even if someone has cold-like symptoms to make sure they’re negative. He added they recognize testing is hard to find but the hope is that more will become available in the next few weeks.