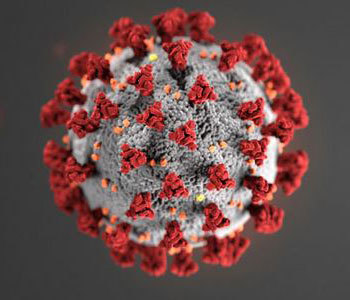 The outbreak has now been declared a global pandemic. There are no confirmed cases locally but one resident who meets medium-risk criteria that arrived back in the county is being isolated at home for a 14-day period. The individual is defined as a “traveler” and will be monitored to see if any symptoms develop. Additionally, the Livingston County Health Department has also been notified of two individuals aboard a cruise ship that had a number of COVID-19 infections among the crew and passengers. Those two have not returned to Livingston County yet, but the department will be notified when they do. Health Promotion Coordinator Natasha Radke says a traveler is not the same as a person under investigation. She says a traveler does not have symptoms but needs to be monitored for a 14-day period to make sure they don’t develop any symptoms. If symptoms were to develop during the 14-day isolation period, then someone would become a person under investigation.

Radke tells WHMI individuals being monitored could be in at-home isolation or in a hospital, depending on risk criteria. Since it’s a new virus, there is no vaccine and no immunity. Health officials are still learning more about transmission, clinical course, and populations at increased risk of disease and complications. More cases and community spread are expected locally and across the state. Radke says a vaccine is being developed but this is an emerging disease so there’s still a lot unknown about it. She says it’s also a really rapidly evolving situation and things seem to be changing daily so there’s definitely a very fluid response. Radke added there are just a lot of unknowns since it is a new virus and there’s still a lot to be learned. Radke says they’re trying to minimize spread of the disease so people should not go to an emergency room if they think they’ve been exposed or traveled recently. It’s recommended that they first call their primary care provider or the Health Department.

Officials say everyone can do their part to help plan, prepare, and respond to this emerging public health threat and help slow the spread of the virus.

Per state numbers Wednesday, there were 77 people who met person-under-investigation criteria. Two people have tested positive and test results were pending for 18. 493 people have been referred for assessment and/or monitoring while 87 were under active monitoring. Governor Gretchen Whitmer and health officials held a press conference last night to deliver an update on the state's response to COVID-19. Whitmer says they’re taking the first presumptive positive cases very seriously and working to mitigate spread of the virus. She says most people will have very mild symptoms but the pandemic is serious and everyone should do their part to slow the spread of the virus and prepare and protect themselves.

The state is promoting preventative measures individuals, businesses, institutions and other organizations can take to help slow the spread of the disease and ensure there are enough resources for the most vulnerable populations. Those at higher risk include the most vulnerable populations but it’s recommended that everyone stay at home when sick, practice good hygiene, wash hands often, and cover your mouth if you sneeze or cough. The state is calling on businesses and educational institutions to be flexible and encouraging everyone to avoid attending large gatherings of 100 people or more. Groups should also evaluate and make decisions about whether to cancel conferences, concerts and sporting events.

Radke says the local area is considered low risk so residents shouldn’t panic but be prepared and practice hand hygiene and universal precautions to help stop the spread of disease. Updated information is included on the Health Department website. That link is provided.