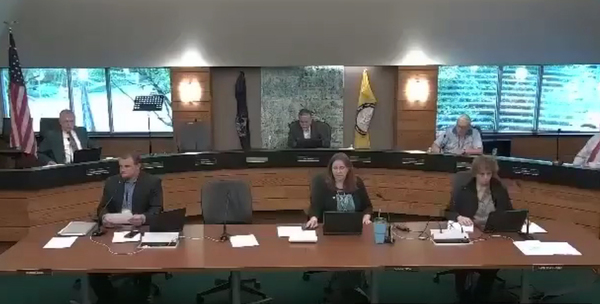 
The Livingston County Board of Commissioners has adopted a resolution that aims to streamline procedures for nominating and selecting citizens to appoint to committees.

The board met Wednesday morning and approved a three-page resolution with amendments, which states some commissioners had concerns with the existing nomination process for board committees and wanted to establish uniform procedures. It lists documentation requirements for incumbent candidates applying for new terms, along with vetting, interview, and selection processes.

An amendment from Commissioner Doug Helzerman failed to pass, which proposed including a sunset date of September 1st for the current resolution and then referring it to a committee to keep working and bring back a proposal by August 15th.

A much more lengthy amendment was later put forward by Commissioner Mitchell Zajac, which passed with Helzerman opposed.

Zajac said his amendment cleaned up language, clarified that county administration should be the arbiter of the process, addressed timing for posting deadlines and requirements, along with the differences for a position that requires posting and a vacant position related to a statutory appointment. He said it also allows commissioners to receive notice of vacancies and openings, and the closing dates for postings so they can perhaps recruit potential applicants.

The majority of the board seemed to agree a lot of work has been done and it was a good starting point as the policy can be amended at any point moving forward. The board needs to make appointments to the Aeronautics and Metroparks boards, the latter of which has been an ongoing point of controversy. Former Commissioner Steve Williams had been up for reappointment but another nomination was put forward by Chair Wes Nakagiri, although it had been received after the deadline.

Commissioner Carol Griffith commented that she’s been on the board for eleven years and somehow their process had always worked in the past, adding she can appreciate all of the hours put into the document and hopes that it smooths out the process and ruffled feathers they’ve had in the last 60 days.

Griffith said her biggest concern is having their highest-paid employee – the county administrator - being burdened with sitting in on interviews and the lengthy processes that he’s endured. She said she knows that he works for them and would graciously commit to doing whatever the board wants but does like that the language now specifies county administration rather than committing the county administrator when there are so many other things he needs to do on their behalf.

County Administrator Nathan Burd commented that a lot of what’s included are things they’ve been slowly working to incorporate anyway, although not perfectly. He said they’ve been trying to notify commissioners of vacancies as they arrive and get more information on candidates out. Burd said they’ll have to monitor the time frames and weeks before committee meetings to make sure those are followed but as problems arise, he would trust that they could share those with the board and amend the policy as needed down the road if some things that don’t work. He said the procedures would take some time getting used to but thinks it can be done and that it will be a helpful process, adding they’re open to feedback from others involved.