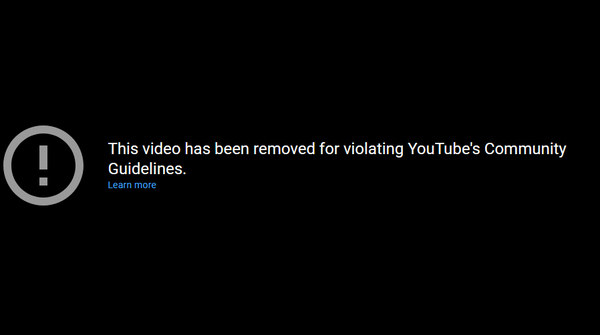 
YouTube has re-posted some videos of Livingston County Board of Commissioners meetings that were originally removed due to false claims and misinformation about COVID-19.

The County earlier set up a YouTube channel to post meetings for the public. The board’s August 9th meeting was removed for violating YouTube’s Medical Misinformation Policy, which was believed to be tied to the Call to the Public section of the meeting. YouTube had also removed the video of the county’s April 13th board meeting for the same violations.

Comments are made regularly during meetings questioning the seriousness of COVID-19, the efficacy of masks and other points of view at odds with scientific evidence.

Appeals made by the county were initially denied even though YouTube was aware that they were a government entity and it was a public meeting.

Livingston County Administrator Nathan Burd told WHMI they received an e-mail from YouTube late last week informing them that they reviewed the videos that were previously pulled and reinstated them. He says they had appealed at the time and their appeals were rejected, so this was a change of course.

Burd says the videos from April 13th and August 9th are back on the County’s YouTube page, along with the other full board meeting videos from 2021.