Local Voters Asked To Be Patient While Awaiting Election Results 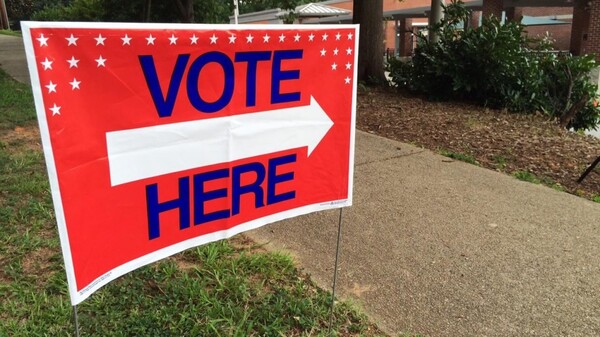 
Livingston County voters are being asked to practice patience while waiting for election results later tonight.

Voters will determine representation at the local, state and federal levels; members of the judiciary, and the outcome of local and statewide ballot proposals.

Polls are open from 7am to 8pm.

At a committee meeting of the Livingston County Board of Commissioners Monday night, Clerk Elizabeth Hundley said they’re ready for a very busy day. While the General Election is one day for most people, she says her office has been working on this election since late in 2021 when they started receiving candidate filings. Hundley said they’re ready to start at 6am and will be lucky to leave by 3 or 4am but stressed they stand ready to do their duty and she commended local clerks for all of the hours they’ve put in preparing for Election Day.

Hundley told WHMI one of the responsibilities for the county is to accumulate un-official results on election night, which will be made available on the county website. The link is provided.

Once polls start closing, Hundley says those results will start arriving to the county clerk’s office and they will make those available as soon as possible but they have implemented some checks for “reasonableness”. She says they want to make sure people understand that results are considered “un-official” and there can be changes made through the canvas process, which is scheduled to begin Thursday, but they will do their best to get results up as quickly as they can.

Hundley noted there are also contests and proposals that impact more than just Livingston County, and therefore only totals for Livingston County’s portions will be reflected in the un-official results.

She says the three local state representative seats now have boundaries that go outside of the county, so again, they will only be reflecting the Livingston County portion and people need to be aware that there are more results that impact a race or contest. For the three statewide proposals, un-official results from all 83 counties will need to be tallied.

Every jurisdiction in the county utilizes an absentee counting board to process absentee ballots, with the exception of Unadilla Township. Hundley says that municipality processes absentee ballots in the precincts so their results will show as election day results only.

Statewide, Michigan Secretary of State Jocelyn Benson says voters should expect all votes will be counted and unofficial results reported statewide within 24 hours of polls closing. She said that’s because state laws allow only some jurisdictions to do only limited processing of absentee ballots before Election Day.

Benson commented “Throughout Election Day and after the polls close at 8 p.m. professional election administrators will be working to validate and tabulate every vote. In doing so, they will rightly prioritize security, transparency and accuracy over speed. Voters should be wary of the likelihood that some may seize on this time and space to spread misinformation and lies about the tabulation process and preemptively claim results. Remember that only a full tabulation of every valid vote will determine the winner in any election contest”.