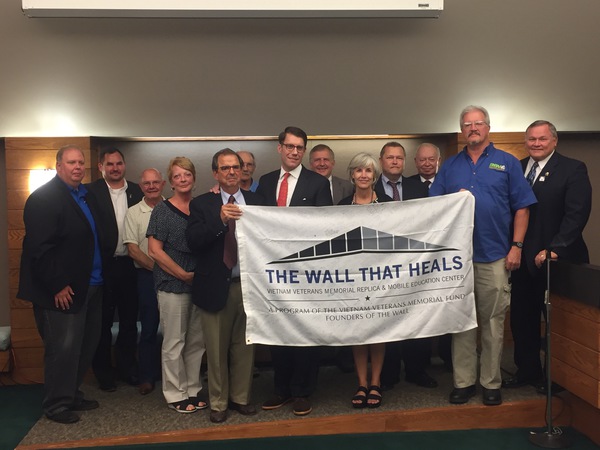 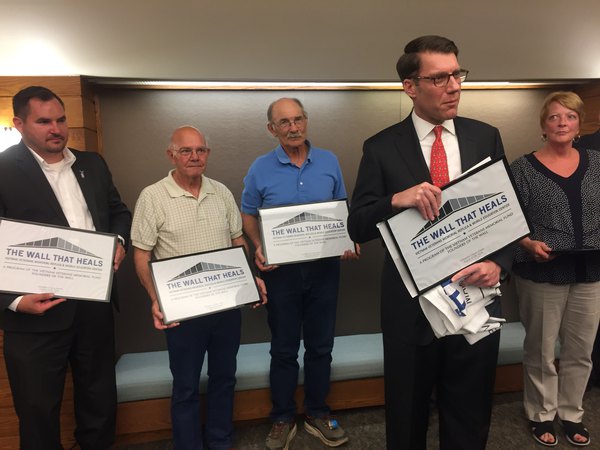 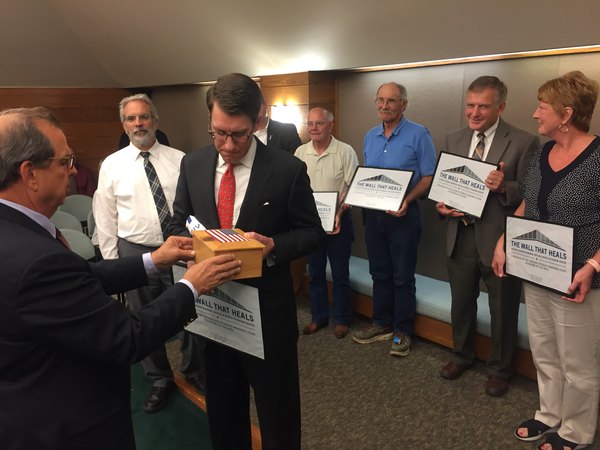 Organizers for The Wall That Heals exhibit say the event was a huge success, with Livingston County setting the record for most attendees.

The Wall is a three-quarter scale replica of the Vietnam Veterans Memorial in Washington D.C. Over 12,000 people visited The Wall within three and a half days while it was on display at the Livingston County Spencer J. Hardy Airport the second to last week of August. Event Organizer Dale Brewer says that’s the most visitors the replica memorial has had in any of the locations it’s been at while traveling the country this year. Brewer says this was the first time The Wall has come to Michigan and that Livingston County was the first to hold an Agent Orange Awareness Day and a prayer service.

Mark Kovach, Commander for the Disabled American Veterans Chapter 125 in Howell, attended the county’s most recent Board of Commissioners meeting with a number of other veterans and people that helped with the exhibit. Brewer offered a summary of the event to commissioners, while Kovach and others shared profound memories they had made.

Kovach was volunteering when he met a 95-year-old woman who was searching for her son’s name. Kovach, who recently lost his mother, helped the Gold Star mom who had never seen the exhibit before and therefore had never seen her son’s name etched into The Wall. When they found his name, Kovach says the woman put her hand on it and started crying. Kovach told her, “Mama, don’t you worry. He’s going to be there when you get there.”

Kovach says what also stood out to him was the community’s welcome when The Wall arrived with its large escort that included the Sheriff’s Office, EMS, State Police, over 140 motorcyclists, 150 people that rode in cars and trucks, and a 72-passenger bus carrying veterans and their families. Kovach was on his motorcycle and says it brought tears to his eyes to see the thousands of community members that lined up along Grand River to welcome the group. Brewer says it’s questionable how successful the project would’ve been without the support and help of volunteers and local agencies.

Brewer noted gifts that were left at The Wall by guests, including 66 roses, 44 carnations, 20 flower arrangements, over 50 American flags, more than 15 wreaths, five bracelets, notes and letters. At the Commissioners’ Tuesday meeting, Brewer, Kovach and others presented the board with a Wall That Heals flag signed by guests and local officials, plaques with a smaller version of the flag inside, and a memory box of some of the notes and letters that were left at The Wall. Commission Chair Don Parker says the items will be displayed in a prominent place where they are visible to the community. (DK)