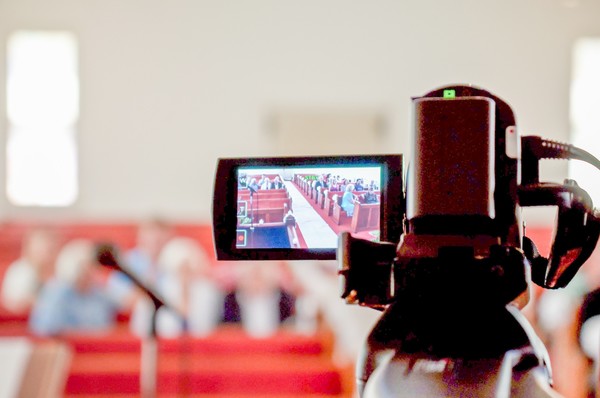 It looks as though plans are back on back on track to start broadcasting meetings of the Livingston County Board of Commissioners again.

A Broadcast Committee consisting of Commissioners Gary Childs, Doug Helzerman and Wes Nakagiri has been meeting to evaluate the feasibility and interest in resuming recording meetings. The committee was originally formed in the summer of 2017 and, during a proof of concept run, an agreement was made to broadcast board meetings through the end of 2018. The former committee voted 2 to 1 against continuing services into 2019 during a November meeting. That led to a “people’s filibuster” playing out in which dozens of residents attended a meeting and used their allotted speaking time during call to the public to request the board boost transparency and start broadcasting meetings again. Thus the Broadcast Committee was reconvened. It was determined there was sufficient interest and public benefit to do so and a recommendation was made to reinstitute the recording of full board meetings.

A resolution to do so was approved by the General Government &Health and Human Services Committee Monday night. However, it was noted that before recordings start back up, a policy needs to be put in place to know what to expect. Nakagiri explained that involves how videos should be will be uploaded– whether on YouTube or the county server; how long to keep recordings, staff ability to operate the equipment and other details that need to be worked out before implementing the service. Nakagiri said he thinks it’s a reasonable approach and the resolution allows the county to start acquiring the equipment. Nakagiri told WHMI he’s not surprised by the vote and support. He commented if you’re in government and not for more transparency, then you should probable leave government in his opinion. Nakagiri said recording meeting is something he’s wanted to do for a long time. He said the committee process is a deliberate process and maybe doesn’t go as fast as he would like but they’re here now and will have the meetings recorded shortly and thinks it will be a good thing.

The resolution was moved on to the Finance Committee for further discussion, as funds would be spent to purchase the necessary recording equipment. $31,200 has already been budgeted to purchase necessary equipment and it was noted that a quote has been received within that budget. It’s anticipated one stationary camera would be set up somewhere in the back of the meeting room, with a wide-angle view so the public can only see the board. The audience will not be visible. In the past there was talk of potentially recording committee meetings, which tend to have more discussion on agenda items, but that is not included in the current proposal.

As part of a Broadcast Policy and/or procedures, the full board still needs to work out exactly how the service will work as well as the purpose, expectations and responsibilities of staff, commissioners and those in the public who wish to address the board. Commissioner Doug Helzerman commented that they’re not trying to spend more money than necessary but are providing a service and will invest in the equipment, as opposed to paying someone to record and edit. Helzerman said the recordings are not meant to catch expressions on faces of people in the audience – adding they’re trying to make things simple for whoever is responsible for the recordings in that they would only have to push one button to start and one to stop.

Clerk Betsy Hundley attended Monday’s meeting and stated she requested the policy be created – noting the video will just be the video and the official record of the meeting would still be the minutes. Hundley said she wants the policy worked through, which she thinks will answer a lot of questions. She further thanked the committee for its consideration and listening to their input and requests. (JM)