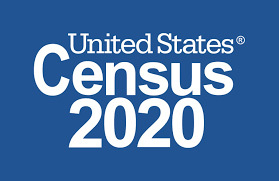 
Livingston County knocked the final 2020 Census count out of the park.

Monday afternoon’s online meeting of the Board of Commissioners, officials recognized the Livingston County Complete Count Committee for their work throughout the 2020 Census. Board Chair Carol Griffith read a resolution recognizing several individuals from the committee and community who contributed, including committee Chair and Commissioner Doug Helzerman and Vice Chair Alison Nalepa.

Griffith said that as of October 15th, the Livingston County final 2020 Census response was 82.5% - a 7.2 increase from 2010. That response rate is not only the best of all counties in Michigan, but is also the 15th highest in the entire United States.

Helzerman said he was proud of the people in the Complete Count Committee and all that they accomplished. He said during the meeting, “At this point in time when there is a polarization in this country, this committee showed how it should be done. People from of a lot of different backgrounds and political interests came together for the betterment, good of the community. I want to thank each person… If I live another 20 years this is one of those highlights of your life that you say ‘that was a really good experience’ and I appreciate each person on the committee.”

Helzerman said they got a late after the untimely passing of County Administrator Ken Hinton, but “things came together quite well.” He credited Nalepa as being the engine that made everything happen. Nalepa thanked fellow committee members and volunteers for their ideas and willingness to serve the community. She said they created a robust list of ideas that had to be adjusted with COVID, but then did impressive things in adapting.

Helzerman also credited Oakland Livingston Humane Service Agency Program Support Coordinator Ann Robinson as being another valuable leader. With her help, OLHSA was able to provide funding to hire a couple people in the beginning of the count to get them started and on the right path.

Census data is used to determine funding for schools, health care and roads over the next 10 years. Board Chairwoman Griffith said there is no doubt Livingston County will be a better community because of the committee’s hard work.