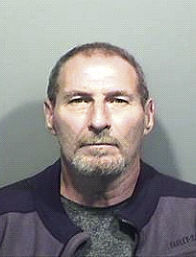 A Linden man accused of inappropriately touching children at his wife’s daycare center has rejected a plea offer.

62-year-old Douglas William Walsh is charged with six counts of 2nd degree criminal sexual conduct involving at least two alleged victims under the age of 13. A trial had been set to begin last month in Genesee County Circuit Court, but court records show it was delayed until April 22nd after Walsh rejected a plea offer at a pre-trial hearing earlier this week.

The child care home had its license suspended in July of 2017 by the Michigan Department of Licensing and Regulatory Affairs as a result of the allegations, though its operator is not facing any charges. Walsh remains free on a $60,000 personal recognizance bond. If convicted, he faces up to 15 years in prison. (JK)