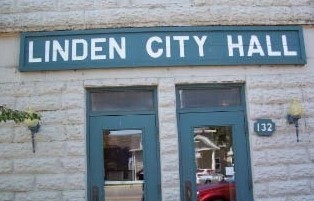 After a car struck the exterior of Linden City Hall Thursday, officials have ordered it closed while they assess the damage.

Linden Police say the sedan hit the corner of the building at about 12:30pm Thursday, damaging both the structure and the vehicle. A driver in his 80s was reportedly at a Subway sandwich shop across the street when he accidentally hit the accelerator instead of the break, crossing S. Main Street and then hitting the east side of Linden City Hall. A crack in the foundation was visible where the car hit. The building is home to both the police and fire departments as well as municipal offices. There were no injuries, although the driver was evaluated at the scene.

A post on the city’s Facebook page says the building is closed today due to concern regarding the structure. They ask that residents leave a message or send an e-mail if they need to speak with an employee. For anyone who needs to make a payment or file an application, they can do so in the dropbox behind City Hall. Anyone with an emergency is urged to call 911. The notice said they are working to open again as soon as possible, and will keep the public updated as they learn more information. (JK)