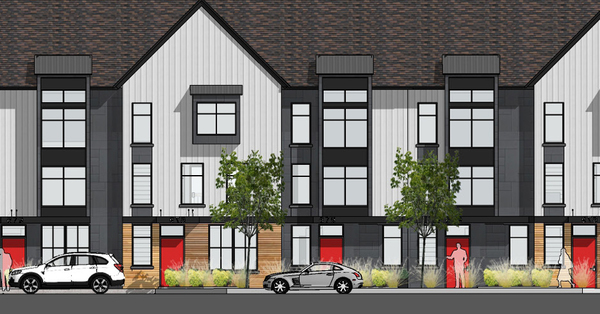 Several Lindbom School neighborhood residents in attendance at last Thursday night’s Brighton City Council meeting had pointed questions for council members on a proposed, 140-unit apartment complex. SR Jacobson Development Corp. of Bingham Farms wants to demolish the vacant, former Lindbom Elementary School building at 1010 State St. on the city’s northwest side. It would be replaced with "luxury” apartment buildings, an outdoor pool, community center with a lounge area and other amenities.

Audience members who spoke at a Feb. 3rd Planning Commission meeting objected to the proposal for a variety of reasons. As they did then, residents again said at the City Council meeting that the project would be too dense and too large to blend in with the mostly small, single-family homes in their quiet, residential neighborhood. They also said it would result in some serious traffic problems, particularly in the early morning and evening hours, when residents would be leaving to go to work and then returning home. The apartments would vary in size from 1,280 square feet for the 2-bedroom units with a rental price of $1,800 per month to 1,550 square feet at up to $2,300 a month for the 3-bedroom units.

The citizens also voiced concerns about underground trichloroethylene contamination from a former industry northeast of the neighborhood— a plume of toxic gases that is slowly advancing in a southwesterly direction. The developer has said they are working with the state and federal governments on the contamination aspect. Also, at the Feb. 3rd Planning Commission meeting, Jacobson officials stated that most of the asbestos in the school building had been removed. However, Brighton Community Development Director Mike Caruso told council that only permits for “light removal” of such items as furniture had been approved by the city, and no permits had been granted by the city for the removal of asbestos, a known carcinogen.

Diane Foulkes of N. Third St. told council that she did her own study of rental housing in other nearby communities such as Chelsea, Dexter, Hartland, Pinckney, South Lyon and Milford, and as far away as Northville and Fenton, and found that Brighton has a higher percentage of rental housing complexes than all of those communities - 32.3% - according to her figures. Jim Foulkes, also of N. 3rd St., said that if his calculations are correct, the development would be high density and not medium density, as stated on city documents, because 40% of the site cannot be developed, confining construction of the housing units to only 60% of the 10.5-acre site.

City officials told the residents that the process has a long way to go before final approval or denial, pointing out that even if the Planning Commission were to grant approval, it would still have to go to council for a public hearing and then final action, which could take months. Council Members also pointed out that three previous proposals for the Lindbom site had fallen by the wayside. That includes a plan for a classical academy, single-family homes and a senior housing complex. The developers have up to six months to file a final site plan and submit it for Planning Commission approval, after which, if approved, it would go to council for final action. The developers have stated they hope to start construction in late spring. (TT)