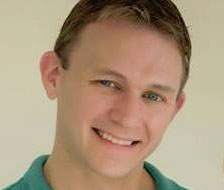 A familiar face within the Livingston Essential Transportation Service or LETS is moving up to the director position.

The Livingston County Board of Commissioners met Monday night and finalized a recommendation to hire Greg Kellogg, the current deputy director. He’ll succeed longtime Director Doug Britz, who is retiring. Britz told the board Kellogg is a great employee, very astute and detail oriented. He is said to effectively manage staff, administer grants and assists in budgetary, financial and operational planning.

Kellogg told WHMI he feels great and has been training for four years under Britz’s mentorship. He plans to continue what Britz has started, managing the department and finances responsibly. Kellogg says LETS is mostly grant funded and it takes a lot of work to secure those grants and then manage and report on them. He said he’s looking forward to working with the board to implement the results of a transportation study coming out in December. Kellogg said there are a lot of exciting things going on at LETS right now and he will continue to put emphasis on the county’s most vulnerable citizens, the transit dependent. At the same time, he plans to meet some of the new demand from some riders of choice, who he described as new groups of kids and other groups that have really started to take up transit.