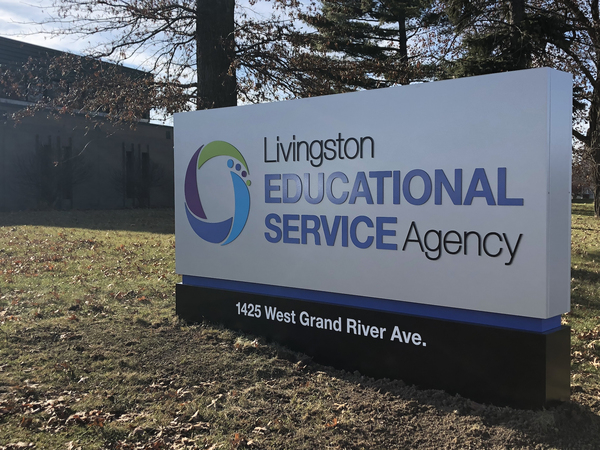 
School funding concerns from the state as well as the impact on the budget were discussed by the Livingston Educational Service Agency Board of Education in a virtual meeting Monday night.

Superintendent Mike Hubert delivered a report on the proposed LESA budget for the upcoming year, which is in the process of going around to local Boards of Education for potential approval. It’s an annual process and required. The end of June marks the expiration of Governor Gretchen Whitmer’s executive order closing schools. It was noted that presents an interesting dilemma since LESA’s program for students with severe disabilities operates 12-months of the year and there there’s been no guidance from the state Department of Education or the Governor’s Office about how to approach programs as of July 1st. Hubert said they could assume they’ll be coming back together in person but because many students are medically fragile and have complex medical conditions so families and staff will be very concerned. Hubert said they believe they’ll be continuing programs as their Continuity of Learning plans have been put together now but aren’t certain.

Hubert said there’s a very significant challenge for many of the families they serve to provide care to get students to school or keep them home. Hubert said he’s worried and thinks they owe it to families to give them some clarity – not just on June 20th about what will happen July 1st but now so they can start preparing to have the appropriate care and arrangements made and everyone can get coordinated. Hubert noted they were hopeful for some clarity during a Wednesday call with the state Office of Special Education and state directors but that didn’t happen. He said they’ll have to be patient for the state department to make a declaration but worries that it will be one of those things that gets caught between the Governor and Legislature that goes unanswered – then they’ll be left with the dilemma of what to do moving forward without running into compliance issues. Hubert told the board they need to know how to move forward and inform parents about what they’ll be doing but is concerned they won’t get any clarity from the state. Hubert added he wants the state department to give clear guidance so they can do the same for parents and families. If that doesn’t happen, Hubert said he might have to make a recommendation to the board that they just proceed as is most reasonable and cautious under the circumstances and hope the state department ends up being gentle if there are any resulting compliance issues.

Meanwhile, Hubert also updated the board on some issues with federal CARES ACT funds that came to Michigan schools through the state department. He said schools in Livingston County received some funding and it was certainly being put to good use but expressed disappointment that no ISD in the state received of the funds. Hubert noted any ISD educating students has many of the same needs as local districts getting through the school closures but none of the funding went to support students with the most severe disabilities. He said he hopes it was an oversight as everything came about quickly and a specific allocation process was used, adding he’s spoken to legislators but it’s out of their hands. Hubert said the funds went exclusively to the state department and then local districts and while they appreciate funds coming to the system, he wishes there would have been more forethought so they could have provided some additional support to some students with disabilities.

As for the budget, Hubert met virtually with board members from local districts in case there were any questions. He noted this is the most uncertain he’s ever been in presenting a budget but everyone seemed to understand that uncertainty. Hubert aid they might have to come back to re-present the budget when assumptions are more solid but stressed that’s not because its required by law but because he feels it’s an obligation in their relationship to be transparent to local boards. With the assumptions built in, Hubert told the LESA board he thinks the budget is solid but the unknowns are the big variation such as how much will state introduce as cuts and in what way so he thinks everyone is just bracing for that point to know more. Some board members questioned Hubert about the reaction from employee groups when it comes to wage and hiring freezes. Hubert said he thinks conversations have been good. He said there’s definitely emotion connected with those conversations and disappointment that raises they were otherwise planning for won’t take shape quite yet. Hubert said the expressions have really been more disappointed than anger from employee groups and there seems to be an understanding and some patience as they move toward the fall. Hubert said he hopes they’re just pausing on the freeze and perhaps the worst case to get through the next year but in reality there’s no guarantee if things get really difficult. He says they’re taking cautions steps and conservative positions for budget assumption – adding he thinks because they’ve had reasonable expectations, the employee responses have been reasonable and everyone is pretty well aligned in taking the next steps forward.

Hubert said hopefully they’ll be in a good place when the state starts making decisions about funding levels for next year but he doesn’t think it will be anytime soon. He anticipates more insight after July but noted there isn’t a lot of time between July and the start of school in August for some local districts so he doesn’t think there will be much time to react to any legislative changes being implemented come fall. Hubert added that districts are being careful and planning for a lot of different scenarios ranging from mild to modest to severe-type reductions in their funding structures. The LESA Board is scheduled to adopt the budget with current assumptions put together in June.