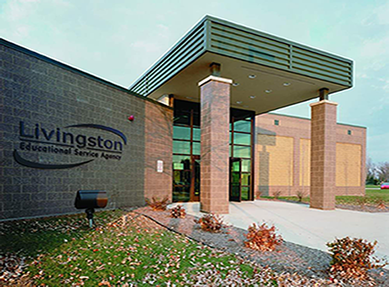 
Despite challenging times, the Livingston Educational Service Agency Board of Education adopted what was described as a solid budget for the upcoming year that also includes some funding for local districts.

The board met virtually Wednesday evening and first approved an amendment for the 2019/2020 budget for general appropriations, followed by adoption of the 2020/2021 budget. Superintendent Mike Hubert commented that the items are interconnected and not what was expected as so much has changed but a lot of input was provided on the budget and assumptions. He noted the numbers will look better this year because they didn’t have to spend as much in some areas but next year’s budget is where they’ll pick that up. Some savings were realized from vacant and unfilled positions due to the COVID-19 school closure. Funds have also been identified for local districts to help them advance student learning.

Hubert said there is still great wonder what the actual financial circumstances will be for the start of the next school year but he maintains a positive outlook on that and thinks it won’t be as bad as many people are predicting. Hubert said he thinks the economic recovery in the state will be pretty rapid and noticeable and that will improve the outcome but schools will face a challenge. Hubert said they don’t know fully the way the legislature will take action on that or what support they’ll get from the federal government or what ways they might impose reductions in funding at the categorical, per student, reimbursement and grant levels. Hubert said LESA just has to be positioned to listen and then take appropriate action.

Hubert commented the finance team has done good job with what they have and thinks the budget numbers are really solid and well put together – they just have to recognize they’ll be making changes going forward given the circumstances. He noted all of the local school districts have passed approval resolutions of the agency’s budget and feedback was consistent. Hubert said they have great relationships with the districts and they appreciated the extra efforts the agency put forward to come up with some additional dollars to help them respond to the financial challenges in the coming year. Hubert says they worked hard to do that and create some different operational support money to help them educate students.