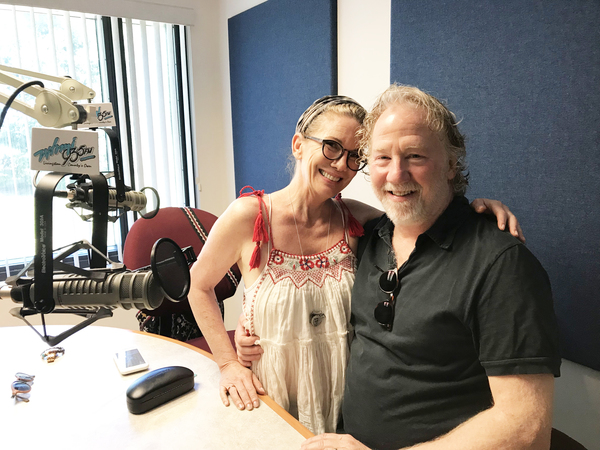 Five years after making headlines by moving to Livingston County, a celebrity couple says they are moving to The Big Apple.

Melissa Gilbert and Timothy Busfield, who moved to Howell in 2013 and then to the Brighton area two years later, say while they have enjoyed their time in Livingston County, career opportunities are calling them elsewhere.

Gilbert is perhaps best known for her role as a child actress on the 1970s television program “Little House on the Prairie,” while Busfield was a star on ABC’s “thirtysomething” in the 1980s and NBC’s “The West Wing” in the 2000s. In her two years as a Howell city resident, Gilbert made several forays into community involvement, helping to judge the Runway Repurposed fundraiser for the Howell Opera House and working with kids involved with the Community Theatre of Howell.

But her failed run for Congress in 2016, in which she withdrew from the race for medical reasons, marked the end of her public persona locally as she began to take on more projects outside of Michigan. But she tells WHMI that she will leave with a lifetime of memories. "This has been the most incredible five years, just being here. I was trying to describe what Michigan has meant to me and what being here has meant to me and the best way to describe it is to say it's been my blanket. I've been safe and comfortable and happy and at peace and content and this has been the perfect place to have that."

Busfield, who lived in East Lansing when his father was a professor at Michigan State University, followed in those footsteps in his time here, taking on the role of actor in residence at MSU’s College of Communication Arts & Sciences. They are both looking forward to the release of a film shot in Chelsea, “Guest Artist” which they produced along with Jeff Daniels. Busfield says it was a real family effort. "Jeff said he wanted to make a movie of one of our plays and use our kids and see if we can't do it and...on Monday I go down and Ben Daniels puts the last of the music on the movie." He says it has been submitted to the Toronto Film Festival and after that perhaps they'll enter it in the Sundance Film Festival.

The couple says they will also be having an estate sale of most of their items from their Brighton-area home later this month, including memorabilia from both of their careers. That is planned for July 27th and 28th and will be handled by Poof Estate Services. You can get details and hear the entire interview through the podcast link below. (JK)