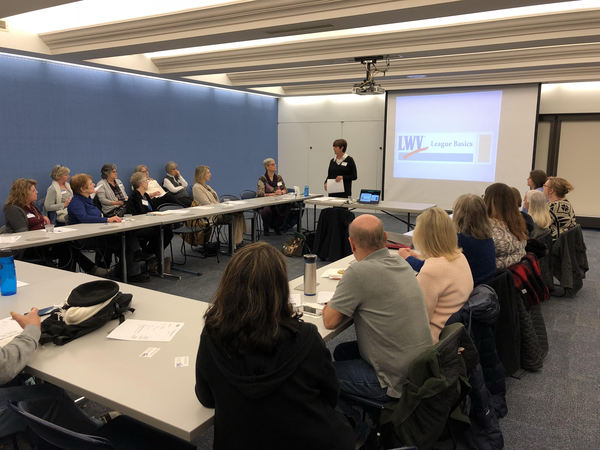 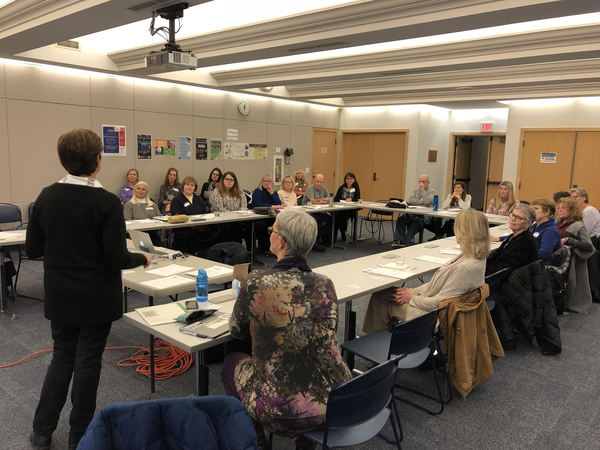 A national organization recognized for registering and informing voters reintroduced themselves to residents of Livingston County, Wednesday.

The League of Women Voters of the Ann Arbor Area’s Brighton-Howell Unit held their first meeting in many years at the Howell Carnegie District Library. Thirty people attended, mostly women, with a couple men sitting in, as well. The league was once present in the area but disbanded in the early 2000s for reasons that nobody present was entirely sure of. Ellen Lafferty, co-chair of the Brighton-Howell unit, said their mission is to educate and encourage voters. They focus a lot of time on getting people from high school students to senior citizens registered to vote. They hold candidate forums, and produce guides to issues and proposals voters will see on ballots.

Though they don’t support any political party, the league does take a stance on certain issues. Terri Wilkerson, of the Ann Arbor unit, said they support the closing of the Line 5 pipeline that runs under the Mackinaw Bridge. They also support independent commissions drawing district lines. The Brighton-Howell will spend their first 2-3 years working under the umbrella of the Ann Arbor unit. If the league is satisfied with the unit’s integrity after that period, they could become their own chapter. All are welcome to join, women and men, 16 years of age and up. Attendance and participation in some events are free. Membership is $70 a year and gains the member benefits of all 3 levels, local, state, and national, of the league. Their next meeting is March 21st. More information can be found at www.LWVBrightonHowellArea.org. (MK)