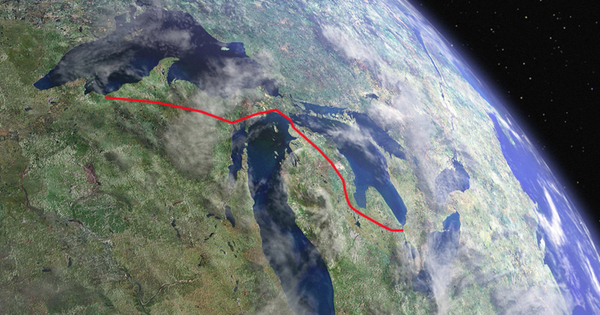 A meeting to discuss the future of Enbridge’s Line 5 pipeline through Michigan will be held later this month in Brighton.

The League of Women Voters is hosting a meeting on the support of closing the controversial Line 5 oil pipeline that runs under the Straits of Mackinac. The gathering will show a documentary called “Beneath the Surface” which takes a look at the pipelines route through Michigan. The documentary was narrated and co-produced by Mary Ellen Geist of Detroit Public TV. She will also be there to answer any questions on the documentary.

Teri Wilkerson is the Chair of the Great Lakes Committee and tells WHMI a study on the effects to the Great Lakes from Line 5 forecasted 843 spill scenarios and what would happen in each and that three counties would see drastic effects including up to 700 miles of coastline.Enbridge officials have repeatedly insisted the lines are safe and point to an independent review by the Pipeline and Hazardous Materials Safety Administration of the company's inspection data on Line 5, which, "concluded that the Line 5 Straits crossing is safe and fit for purpose." But Wilkerson says that Canadian-based Enbridge is the same company responsible for the 2010 spill which resulted in 35 miles of the Kalamazoo River being closed for two years and that Line 5 is 24 years older than that one.

The informational gathering is taking place Monday, June 25th from 6:30 to 8:30pm at the Brighton District Library. There will be a discussion on the preventable and real threat to the Great Lakes at the meeting. Wilkerson will also be in attendance for the event. The meeting is free and open to the public. (EO/JK)