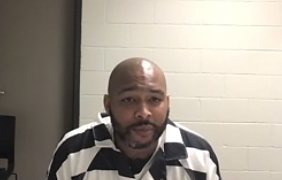 
A Lansing man has entered a plea to federal charges of robbing a series of banks, including in Livingston County.

37-year-old Brian Dewayne Ali Jr. had been set to stand trial later this month in federal court for the bank robberies in Macomb, Oakland and Livingston counties between December of 2015 and April of 2016. However, Ali entered into a deal with prosecutors on Thursday, agreeing to plead guilty to a single count of bank robbery in exchange for 11 other counts being dropped.

Sentencing guidelines recommend a sentence of between 21 and 25 years in prison, although the judge noted he could depart from that depending on the pre-sentencing report. He had faced a life prison term if convicted on all of the counts.

The charge that Ali pleaded guilty to pertained to the April 4th, 2016 robbery of the former PNC Bank branch on West Grand River in Brighton Township. Ali admitted to entering the bank disguised as a woman, brandishing a handgun and what appeared to be a bomb. He further testified that he threatened the bank employees and demanded $100,000 in cash.

Ali, who was arrested ten days later by Michigan State Police, is already serving a two to five year prison term after he pleaded guilty last year to charges of possession of contraband in prison. That charge was filed after officials at the Livingston County Jail found a cellphone in his cell while Ali was jailed on the bank robbery charges.

He is currently being lodged in the Saginaw County Jail pending his sentencing in U.S. District Court in Detroit on November 18th.