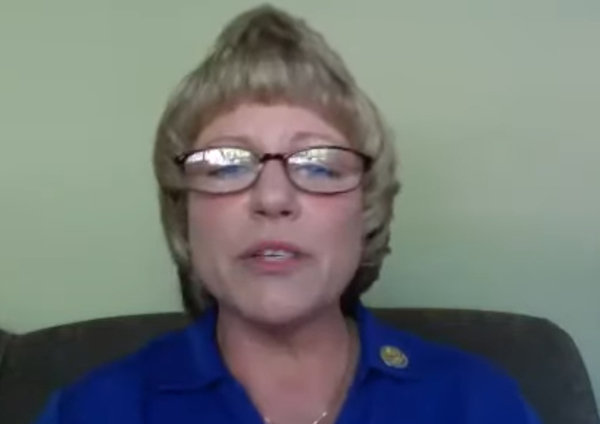 
They’re being called essential during the COVID-19 crisis, but a union representing grocery store workers says they aren’t being treated that way.

The United Food and Commercial Workers (UFCW) union Wednesday called on food retailers, including Kroger, to extend hourly hazard pay, also referred to as “hero” pay, for frontline workers. Kroger announced last week it was ending the $2 an hour extra pay and instead providing one-time bonuses for its workers. But in a national conference call with reporters, the union presented members from across the country, including Kristine Holtham, a 53-year-old Kroger meat department worker in Lansing. Holtham said she and her fellow workers “prepare like we’re going into battle with the virus.” Holtham added, “We are exposed to thousands of people every day for hours, and the reality is it only takes one person to expose an entire store. Kroger ended our ‘hero pay,’ but the crisis is not over. I face each day with anxiety, and it gets worse when I see customers refuse to wear masks. I am a mother and my children need me to stay healthy.” Holtham said both local governments and retailers needed to better enforce safety practices in stores, including the possible use of security guards.

While Kroger has not responded directly to the union’s assertions, it did say that since March it has invested $700 million in additional pay, and that the one-time bonus payments that will replace it will cost another $130 million. The bonus, $400 for qualified full-time associates and $200 for qualified part-time associates, will be paid in two installments on May 30th and June 18th.

But UFCW International President Marc Perrone challenged grocery executives to publicly state they think the dangers of COVID-19 have passed if they chose to stop hazard pay. He added that hazard pay was just one issue, and called on food retailers to better enforce shopper compliance with store policies on protection from coronavirus.

Kroger says it is supporting its employees by offering testing when needed along with emergency leave and paid time off to workers affected by the virus. The retailer says it has also limited the number of shoppers in its stores, while also installing shields and physical distancing floor decals.