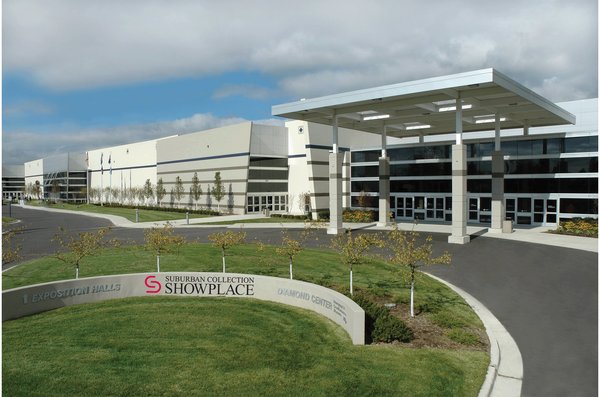 
A local lawmaker says the state’s renewal of a lease for unused space at a COVID-19 field hospital is a waste of taxpayer dollars.

The state entered into a new lease agreement with the Suburban Collection Showplace for the field hospital off Grand River in Novi through the end of 2020 to prepare for a potential "second wave" of COVID-19 cases. The facility would be used as a field hospital to treat COVID-19 patients through the end of 2020. The original contract was set to expire September 30th. The new contract reduces rent to $975,000 a month for October, November and December – down from $1.1 (m) million. The amount of space being leased was also reduced from 436,000-square-feet to 398,000-square-feet. The field hospital was originally constructed to treat as many as 1,000 patients at a time, although that was later reduced to 250. Only 16 patients have been treated since the field hospital opened in late April. It was closed down temporarily in June. The state also renewed a lease for the COVID-19 field hospital at the TCF Center in downtown Detroit through December. That field hospital opened in April and operated for about a month before shutting down.

Republican State Senator Lana Theis of Brighton Township said Monday that the recent decision by Governor Gretchen Whitmer’s administration is a waste of taxpayer dollars. Theis said with COVID-19 hospital admission rates steadily declining, and thus no need for the Novi field hospital, the Whitmer administration has chosen to unnecessarily renew the facility’s lease for three more months at nearly the same cost to taxpayers. Theis said they just completed the state’s new budget and while they were able to increase funding for many priorities, many others had to be cut to resolve the deficit. She said $9 (M) million dollars is significant. Theis said rather than continuing to waste taxpayer dollars on the abandoned Novi field hospital, the funds should be put to better use, such as providing more personal protective equipment to protect seniors at nursing homes and other similar facilities.

State officials have said the renewal of the lease was done in preparation of a potential "second wave" of increased COVID-19 cases later this fall as cold weather arrives. Officials with the Michigan Department of Health & Human Services have said the hope is that the additional hospitalization space isn’t needed but being prepared for a potential second wave of cases is a top priority. AP Photo.