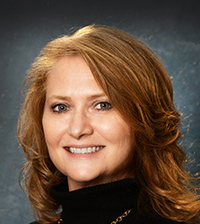 
A local lawmaker has introduced legislation she says would ensure county clerks issue and renew concealed pistol licenses regardless of any government shutdown.

Republican State Senator Lana Theis of Brighton Township turned in the bill on Thursday. It would exempt county clerks from a shutdown order, so they can continue to issue and renew concealed pistol licenses. The clerk’s office and law enforcement would also be required to continue providing the fingerprinting services necessary to obtain a new concealed pistol license as well. Theis said the bill was prompted by what she called “Gov. Whitmer’s unconstitutional shutdown of Michigan” saying that county clerks across the state “infringed on law-abiding citizens’ Second Amendment rights by refusing or delaying the issue or renewal of concealed pistol licenses under the guise of public safety,” referencing the Governor’s public health orders to try and limit the spread of the virus. The Michigan Supreme Court recently ruled those orders exceeded her Constitutional authority without legislative approval.

Theis said the law is clear that clerks shall issue concealed pistol licenses to those who are qualified and her bill will ensure that the essential service continues regardless of any declared state of emergency or executive order. Additionally, the bill would enable county clerks and the Michigan State Police to provide personal identification numbers to concealed pistol license holders, so they can renew their licenses online during any declared emergency. The method is said to be similar to the Secretary of State’s issuance of such numbers for driver’s license and license plate tab renewals.

Last week, Gov. Whitmer and Chief Medical Executive Dr. Joneigh Khaldun highlighted what they said was a “dramatic rise” in COVID-19 cases since the state Supreme Court ruling limited her powers to issue orders during the pandemic. Whitmer is pushing for the Legislature to codify existing mask orders.