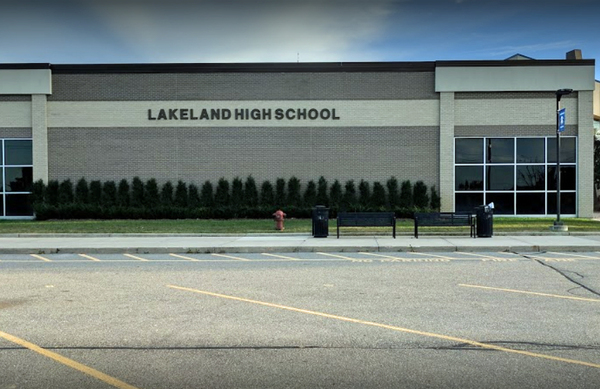 After high levels of carbon monoxide were detected in an area high school this morning, the building was evacuated.

Students at Lakeland High School on Bogie Lake Road in White Lake Township were evacuated around 10am as a “precautionary measure” according to an email sent to parents in the Huron Valley School District. The levels were detected by members of the White Lake Fire Department who had responded to the school on an unrelated medical call. Firefighters then alerted school officials, who decided to dismiss school early.

Students with their own transportation were allowed to leave, while others waited for buses to pick them up from the school’s Field House, where carbon monoxide levels were determined to be safe. Parents were also given the option to pick up their students in the parking lot. The email said the evacuation was conducted out “of an abundance of caution” and officials did not believe students were ever in any danger.

HVS Executive Director of School Safety, Communications & Strategic Initiatives Kim Root tells WHMI the cause for the elevated CO levels that forced the evacuation was due to a roof vent that was not functioning properly. (JK/JM)