Lake Trust Looks To Open Branch In City Of Howell 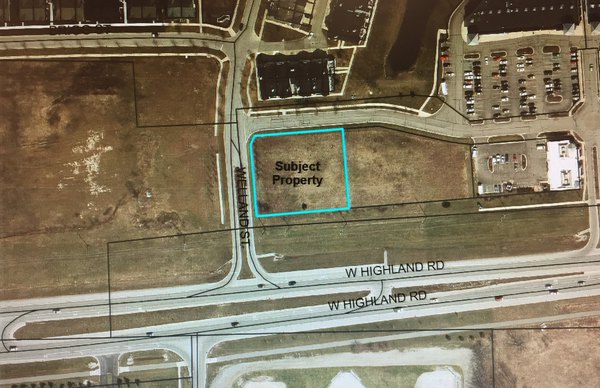 Plans are moving forward for a new Lake Trust Credit Union branch in the City of Howell.

The city’s Planning Commission recently reviewed preliminary plans for an approximately 2,300-square-foot bank building on vacant property on West Highland Road. The property is one of the outlots of the Crossroads Town Center adjacent to M-59, and has remained vacant throughout the development of the shopping center.

In reviewing Lake Trust’s request for site plan and special land use approval, commissioners noted a few issues with parking. The site has more parking spaces than what’s required, but the credit union says the additional spaces are needed as the building will function more like an office building instead of a bank branch. The location of parking was also considered an issue, though relatively minor.

Community Development Director Tim Schmitt says the credit union will need to get approval for a variance from the Zoning Board of Appeals for the lot’s location. Assuming they do, Schmitt thinks the project will move toward construction rather quickly. Because the site already has utilities, there won't be much underground work so Schmitt figures it'll be a quick build. He guesses the branch will open in next spring.

Schmitt does not believe Lake Trust has plans to close their branch in Howell Township, which is about a mile to the west of their proposed new location. He says to his knowledge, they haven’t closed a location in some time and appear to be in “growth mode.” (DK/JK)