Pinwheels For Prevention Campaign Kicks Off 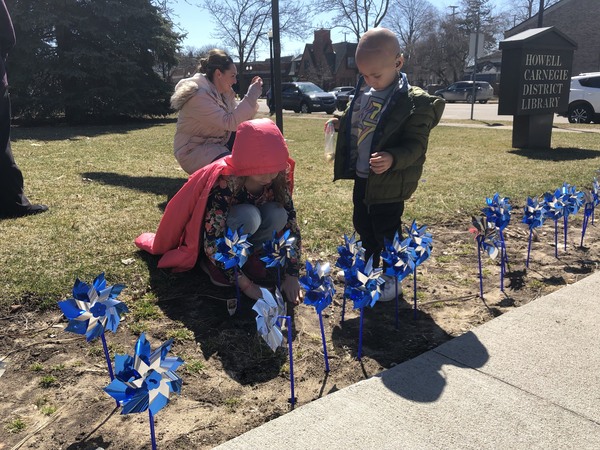 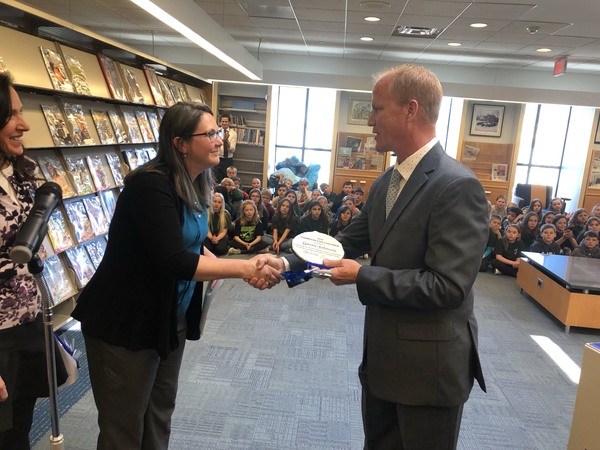 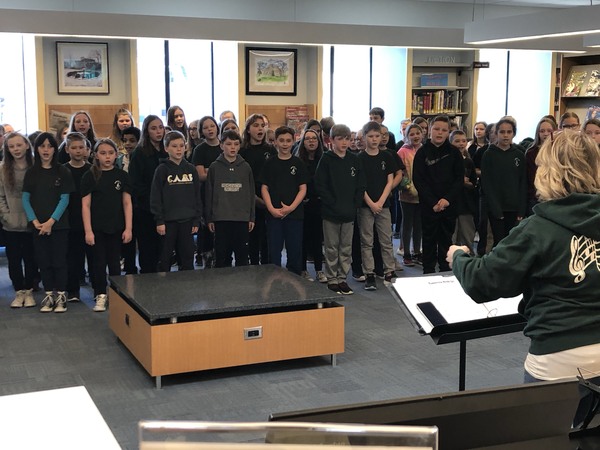 The annual Pinwheels for Prevention campaign is back and has launched off National Child Abuse Prevention Month across Livingston County.

The LACASA Center’s CAP, or Child Abuse Prevention Council, has held the awareness event each year since 2009. Blue pinwheel gardens will be displayed outside of over 115 local homes and businesses across the county, with the pinwheel being used as a “happy, carefree symbol to remind us that all children deserve a great childhood.” A ceremony for the campaign took place earlier today at the Howell Carnegie District Library, filled with supporters, speakers, and a performance from the Voyager Elementary School Fifth Grade Choir. State Senator Lana Theis from Brighton Township, State Representative Hank Vaupel of Fowlerville, and a representative from 8th District U.S. Congresswoman Elissa Slotkin’s office were also in attendance to show their support.

This year’s event also included the presentation for CAP’s annual Champion for Children award, which recognized Brighton High School Principal Gavin Johnson as the recipient. Johnson was humbled by the honor, and shared that his job as principal has changed to where he now often acts more as a father-figure, brother, or friend to a child with needs, than as a disciplinarian. He encouraged more families to get involved with LACASA and the CAP Council in support of kids because they can make a difference.

Following the indoor portion of the event, attendees all went out to the front walkway of the library and planted the pinwheels, which will remain their throughout April. CAP Council Coordinator Holly Naylor said that the many pinwheels in one garden are like the many people needed to work together to make sure that all children have safe, happy, secure lives. She called this the “power of one,” in that one action, individual, or donation will have far more impact, and become more powerful, when it is working together with others. (MK)