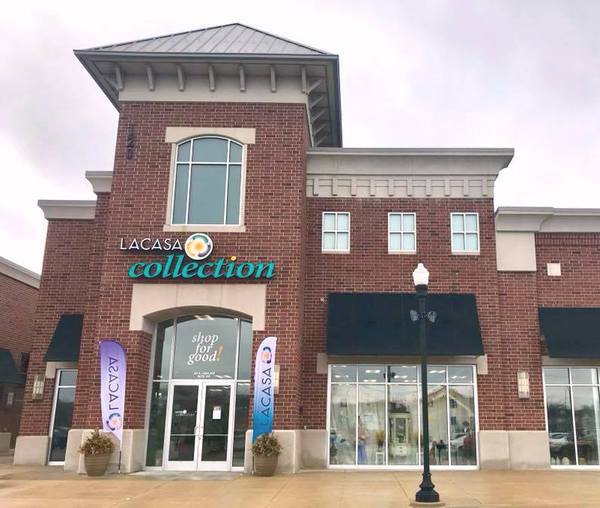 The LACASA Collection is located in the Kroger/Crossroads Town Center on Highland Road in Howell. It features furniture, clothing, home décor, kitchenware, jewelry and kids’ gear. The store’s official “Turning One is Sweet” celebration is set this Saturday from 10am to 5pm, with special discounts, drawings, prizes and sweet treats being offered. The upscale resale boutique helps provide sustainable funding for the agency but also offers an environment where LACASA clients can shop with dignity. The LACASA Collection officially opened its doors on September 8th of last year but quickly outgrew its space. In March of 2018 it completed a build-out to accommodate a new men’s department and furniture section. The expansion project increased the store’s total footprint to 6,400 square feet.

Store Retail Director Danial Jones says they’ve been touched by the support from members of the community over the past year. He says whether they shop, donate special items or volunteer, their supporters appreciate that they are an independent non-profit and all proceeds stay local to help abuse victims in the community. Jones says they initially did a soft opening because they wanted to put the focus on clients and the surrounding community, which has been so supportive. He tells WHMI it was really nice to have an opportunity to be able to speak to customers and develop one-on-one relationships with them as they were building.

The LACASA Collection also received recognition this past August, when voters named it “Best New Retail Store” in Livingston County, which Jones says was an additional honor. He says the public is invited to attend this weekend’s birthday party and store festivities throughout September. During the month, customers will be able to shop sales and spin the celebration wheel for discounts, perks and prizes. Details are available through the link. (JM)