Millpond To Be Lit Up For Domestic Violence Awareness 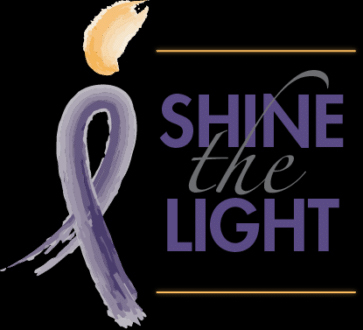 A locally based non-profit organization is shining the light on domestic violence by lighting up downtown Brighton.

October is National Domestic Violence Awareness month. For the past 21 years, LACASA has held a candlelight vigil on the grounds of the Historic Howell Courthouse honoring victims, survivors, and family, and friends. This year they’re changing the scene to the Millpond in Brighton. The Shine the Light Ceremony will be held there this Tuesday night, from 7pm until 8.

LACASA Community Relations Director Nicole Matthews-Creech said with this change of location, they are taking the opportunity to lighten a mood a bit. She said that “just because you want to talk about an issue, doesn’t mean you have to be somber. Yeah, you’re talking about an issue that causes turmoil and trauma in our families, but there are some positive aspects about that and it’s important to recognize them.” She said, though, it will still be a time to recognize and honor victims no longer with us, and show support for those still living with domestic violence and a chance to give them hope.

LACASA is inviting area businesses and residents to bring and display purple lights on store fronts and home fronts. Purple is the cause color for domestic violence. The ceremony will feature speakers including Livingston County Prosecuting Attorney Bill Vailliencourt and several members of LACASA. There will also be art displays from survivors, performances from both the Brighton Men’s and Howell High School A Cappella Choirs, and a dance from the Dynamic Expressions Dance Team.

Those wishing to purchase purple lights can find them in string, porch bulb, and lantern form. They can be bought for a nominal donation to LACASA at the LACASA Center, the LACASA Boutique resale store, or at Tuesday night’s event. (MK)