Krebs Wants To Bring "Unique Perspective" To BAS Board 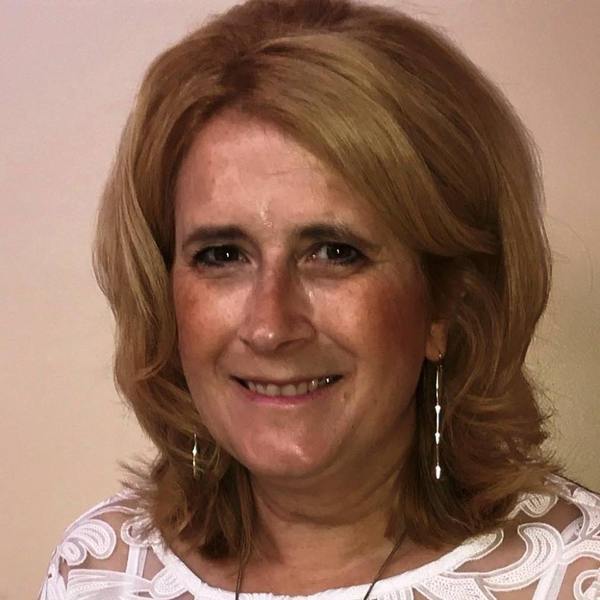 Today is the first in a series of profiles on the candidates for the Brighton Area Schools Board of Education on Election Day, one week from today. There are six candidates for three seats — all of them four-year terms — on the Brighton school board. There is one incumbent: Trustee Ken Stahl. The other candidates are Sean Hickman, Angela Krebs, Laura Mitchell, Andy Storm, and Kara Totaro.

The candidate being profiled today is Angela Krebs. She is married to Todd Krebs. The couple has two children and they are residents of Green Oak Township. Angela Krebs, who is 52, is a tenured associate professor of mathematics at the University of Michigan Dearborn Campus, teaching math for prospective school teachers. She is married and has two children: Jacob, who graduated from Brighton High School in 2015 and is a senior at Central Michigan University, and Anna, who graduated from Brighton High School in June and is a freshman at the U of M-Dearborn. The Krebs’s children both attended Brighton Schools in all grades, from “pre-K” through 12th.

Krebs, a 22-year Brighton area resident, says she is running for the school board because she feels she has a unique perspective to bring because, in addition to being a district parent, she is also a professional educator and a former high school teacher, with a doctorate in curriculum and instruction. Krebs adds she now has enough time and energy to devote to the school district since both of her children have graduated. Krebs says she continues to be active in the Brighton Schools as treasurer with the Brighton Band Boosters, and was a Rugby Mom for the four years her son was on the Brighton rugby team. She has also received extensive training in mediation resolution, which she feels could be very useful as a board of education trustee.

Krebs is one of three “recommended” candidates by the Brighton Education Association, the union which represents Brighton teachers. After conducting interviews, the BEA recommends the candidates it determines would be good choices for election to the school board. Krebs regards the recommendation as a compliment, saying, in her words, “It’s a wonderful vote of confidence.”

Krebs says she is in favor of the bond issue of around $45 million that will likely be on the ballot next year, saying it comes at the time when older bonds will be paid off, and therefore would result in no tax increase. However, Krebs says it’s imperative for Brighton to keep its fund equity high so it does not end up in the same situation as it did several years ago, when the district built up a multi-million dollar deficit. She gives Superintendent Greg Gray much of the credit for putting the district back on a sound financial footing and for improving its academic programs. Krebs says she would have “no agenda” if elected to the school board, saying she wants to continue the progress the district has been making, both in academics and the other aspects that make for a well-rounded education such as athletics, the Robotics program, band, choir, and the theater program. Krebs says the Brighton Area Schools is in a “wonderful place” right now — a place where she wants to keep it, while still continuing to improve.

Tomorrow’s profile will be on incumbent Ken Stahl. (TT)

BIO: ANGELA KREBS
AGE: 52
OCCUPATION: Associate professor of mathematics at U of M-Dearborn with PhD. in curriculum and instruction
FAMILY: Married, two grown children
RESIDENCE: Green Oak Twp.
YEARS LIVED IN DISTRICT: 22
REASON FOR RUNNING: To bring her unique skill set to the board table
GOALS: Keep the district financially sound while continuing to improve programs
RECOMMENDED BY BEA: Yes
POSITION ON 2019 BOND ISSUE: In favor