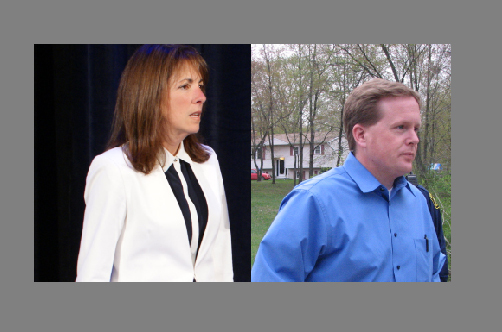 A Howell attorney is calling on multiple parties to issue charges based on allegations of perjury relating directly to the 2013 trial of a man charged in a double murder trial.

Attorney Tom Kizer issued emails to the Michigan Attorney General’s Office, MSP Investigator/Detective Brian Reece and Livingston County Prosecutor Bill Vailliencourt. The letter is attached. He is requesting prosecution of former Michigan State Police Detective Sean Furlong and 53rd District Court Judge Theresa Brennan for acts he maintains violated public trust including perjury, misconduct in office and obstruction of justice. Kizer says a statute of limitations will apply to some aspects as of January 4th, 2019 – which will be six years to the day after the double murder trial of Jerome Kowalski. Kizer represented Brennan’s husband in 2017 divorce proceedings, in which depositions revealed an affair between Brennan and Furlong before and during Kowalski’s trial. Furlong was the chief prosecution witness and Brennan presided over the trial, which resulted in Kowalski’s conviction and life sentence. Kizer tells WHMI he has no intention of letting the statute of limitations run out, which would relieve two powerful people who took oaths of office. Kizer says Brennan has been charged for her actions and statements and misconduct with regard to matters involving the divorce; however, she nor Furlong have been charged with perjury for statements made during divorce depositions in relation to the trial itself.

Kizer says he provided evidence in 2013 that was never investigated before the trial, as well as depositions during Brennan’s 2017 divorce – noting there was a motion by Kowalski’s attorney to disqualify Brennan based on her relationship with Furlong that both claimed was just a friendship. Kizer says he’s waiting for charges in connection with the misconduct of Brennan during the trial by failing to disclose the relationship and the perjury that occurred in 2017 but so far, everything relates to the divorce. Kizer says it’s now six years since everything was concealed and Brennan sat on the bench maintaining her relationship with Furlong was only a friendship and nothing more and he doesn’t want to allow the statute of limitations to expire.

Prosecutor Vailliencourt has stated that he will pursue a new trial for Kowalski but Kizer says Kowalski deserved a fair trial a long time ago based on all of the evidence he presented in 2017. Kizer says the facts are there and impossible to ignore, when referring to the report issued by retired Judge William Giovan who presided over a Michigan Judicial Tenure Commission hearing for Brennan. A March 4th court date has been set in which the JTC will hear objections to the report before issuing a recommendation to the Michigan Supreme Court. That body will have the final say on any discipline, which could result in Brennan’s removal from the bench. Meanwhile, a separate hearing for Brennan is set locally on January 16th on felony charges filed by the Michigan Attorney General’s Office.

Vailliencourt released this statement upon the release of Giovan’s report: “I have just reviewed the report of the Special Master, which was only released today. Based on that report, I have contacted Mr. Kowalski’s attorney to discuss the next steps to be taken to enter an appropriate court order vacating Mr. Kowalski’s convictions and granting him a new trial. At that time, I anticipate that future court dates will be set. We will once again present the evidence to a fair and impartial jury for them to make the determination of guilt or innocence.” (JM)