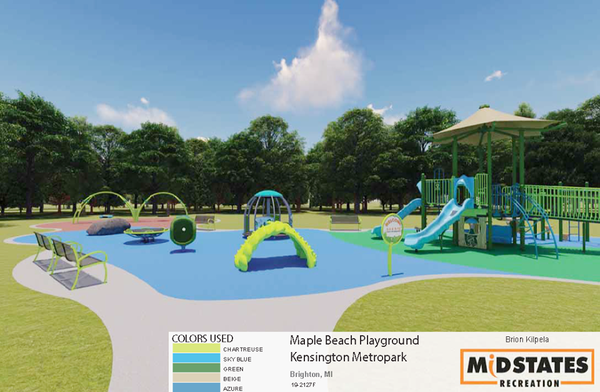 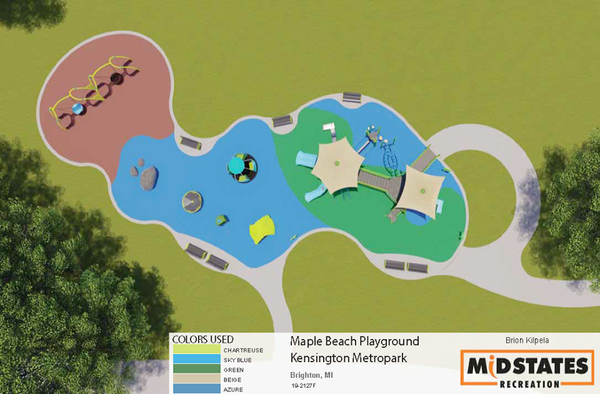 A fundraising campaign on a global day of giving was a success and will allow for construction of a play area at Kensington Metropark to be accessible to visitors of all ages and abilities.

Huron-Clinton Metroparks issued a huge thank you to the community and everyone who donated and supported their #GivingTuesday campaign, which focused fundraising efforts on a new accessible playground at Kensington’s Maple Beach. Through a partnership with Genisys Credit Union, donations made on Giving Tuesday were matched up to $5,000. Metroparks officials say Centria Healthcare also came in with a large donation of $2,525 to help support the playground and because of all the generous donations, they reached their goal.

The playground will have solid, rubber safety surfacing, sensory-friendly equipment, transfer-stations onto the playscape, spaces for quiet independent play, dignity landings on slides and more. The space’s layout and design concept have been reviewed and evaluated by multiple organizations through the FAIR Play Coalition, ensuring this project is accessible and inclusive to all ages and abilities. The FAIR Play Coalition is an advisory group for this project comprised of organizations and individuals that have expertise in working with those of varying abilities or who have varying abilities themselves.

The space also considers adults and parents with various abilities. Livingston County resident Bryan Wilkerson is a wheelchair user with a spinal cord injury. He’s also a father with an 8-year-old and a baby boy on the way. He says he’s looking forward to the day when all playgrounds are accessible for the children who use them and the parents who need to have access to their children. Wilkerson says he finds very few playgrounds that work well for him to play with his daughter, adding it’s important to keep all people in mind when building and he thinks the Maple Beach Playground is going to do just that.

Construction is expected to be complete in fall 2020. (JM)