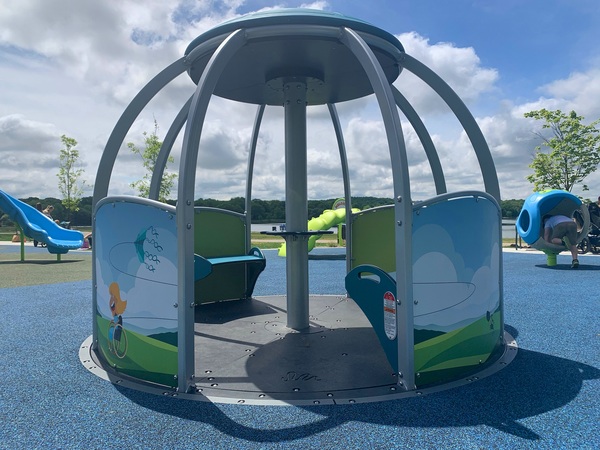 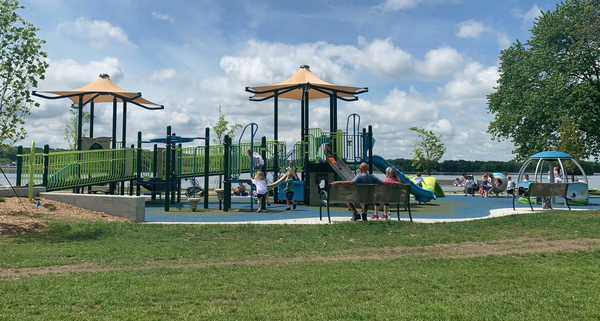 Located in Kensington Metropark, the accessible playground is the first of its kind within the Metroparks’ 13-park system. Design elements at Maple Beach ensure children and adults of all ages and abilities have access to a play area that incorporates universal accessibility design principles. Officials say Maple Beach is now one of only a few such playgrounds within the region. The playground equipment was installed in 2020 and incorporates play zones that are purposely mindful of sensory perceptions and physical disabilities.

The playground and surrounding area were completed in Spring of 2021 with the rubber safety surfacing being the final step in completing the project. Pathways leading to the play space and beach area incorporate accessibility elements aimed at ensuring adults, parents and grandparents with limitations or disabilities can get up close and actively participate in park activities.

The official opening and ribbon-cutting ceremony for the Maple Beach playground will take place at 11am Thursday. The public is invited to join in the fun and test the playground out for themselves. Admission to Kensington Metropark will be waived until noon that day to allow visitors the opportunity to be a part of the event for free.

More information and orderings are available in the attached press release and web link.