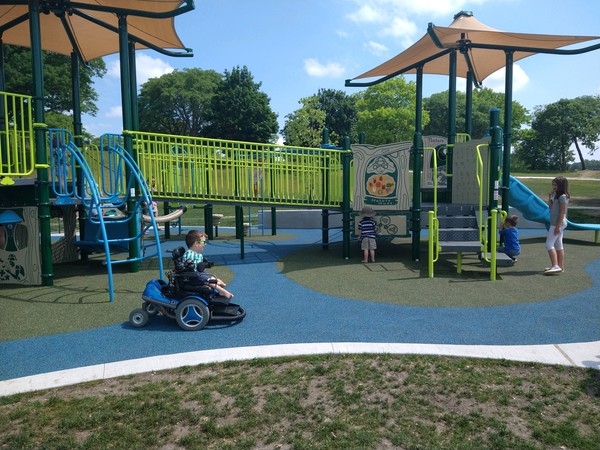 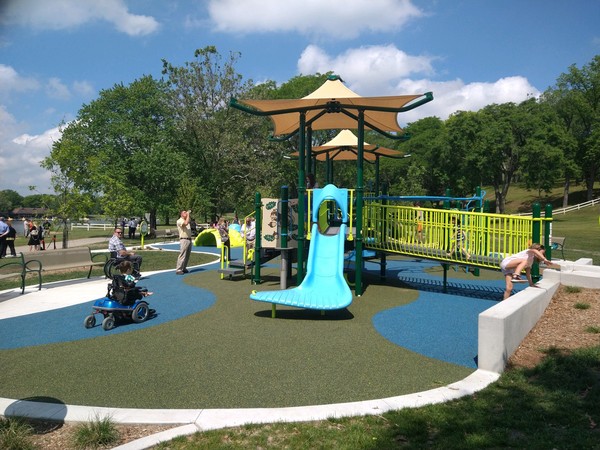 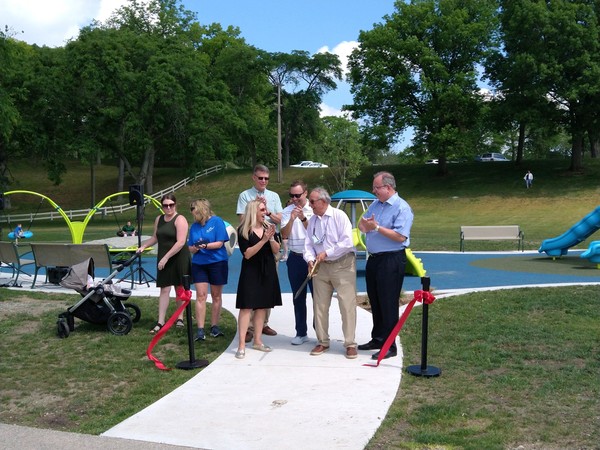 
A ribbon-cutting ceremony was held this morning to mark the grand opening of a new universally accessible playground for children and adults of all abilities at Kensington Metropark’s Maple Beach.

It’s the first playground of its kind within the 13 parks that comprise the system. Director Amy McMillan said it’s a great example of how their Diversity, Equity and Inclusion or DEI Initiative benefits everybody and how the Metroparks are working to remove barriers and enhance accessibility. She says kids can play on the structure regardless of their abilities and kids with special needs get to play at the same time as others who don’t and they get to learn more about one another because of the playground features.

McMillan told WHMI there are sensory areas for kids who just really can’t take some of the noise and chaos that’s inherently associated with playgrounds and other features that demonstrate sign language and braille so kids can see and learn how others experience the world. McMillan noted that’s a big part of what DEI is all about and equity takes nothing away from anyone. She said equity and inclusion provides opportunities for everyone, which is what DEI is all about and what the Metorparks are all about and why they’re committed to their DEI initiative.

The equipment was installed in 2020 and incorporates play zones that are said to be purposefully mindful of sensory perceptions and physical disabilities. The brightly-colored playground features rubber safety surfacing, wheelchair accessible ramps in the playscape, shade structures, sensory friendly equipment, spaces for quiet independent play and dignity landing on slides.

Various partners and organizations helped make the playground possible and were recognized during the ceremony. The design elements were said to be based on the invaluable perspective of multiple organizations and individuals. The Fun, Accessible, Inclusive, Recreation or FAIR Play Coalition was said to be instrumental in making sure the design was accommodating and interesting to children.

Coalition member Casey Somerville said when her son Owen (pictured) was born, she started to realize how limited their access to play would be as he was born with congenital limb difference and uses a wheelchair so she started seeking out opportunities for accessible play for him and their family and the rest of their community. She’s been on the journey of inclusive play since Owen was 18-months-old and he’ll turn 5 in July. Somerville said he’s really given her a lens to see the world through that she didn’t have the opportunity to see through prior; which brought in all of the perspectives about play, access to play and generational opportunities.

Somerville added the Metroparks really went above and beyond to involve them in the conversation about how to make it possible, which she said was huge because a lot of times in the disability community that opportunity is not awarded. She said they worked right alongside staff to come up with a design they knew would really meet the needs of a huge population of people and it’s exciting. Somerville said there are some scattered throughout the region but this is really the first inclusive playground anywhere near Livingston and Oakland County and she’s thrilled to have played even a small part and that their family gets to experience it. She further credited the huge parks organization for recognizing that inclusion gives to everyone and takes from no one and that it’s an area that needs to be better served.

The new playground was funded through various partners and a Giving Tuesday campaign in 2019 in which funds raised were matched. Additionally, pathways leading to the play space and beach area incorporate accessibility elements aimed at ensuring adults, parents and grandparents with limitations or disabilities can also get up close and actively participate in play activities.

More information is available in the attachment.