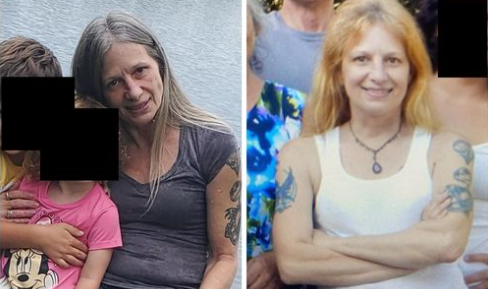 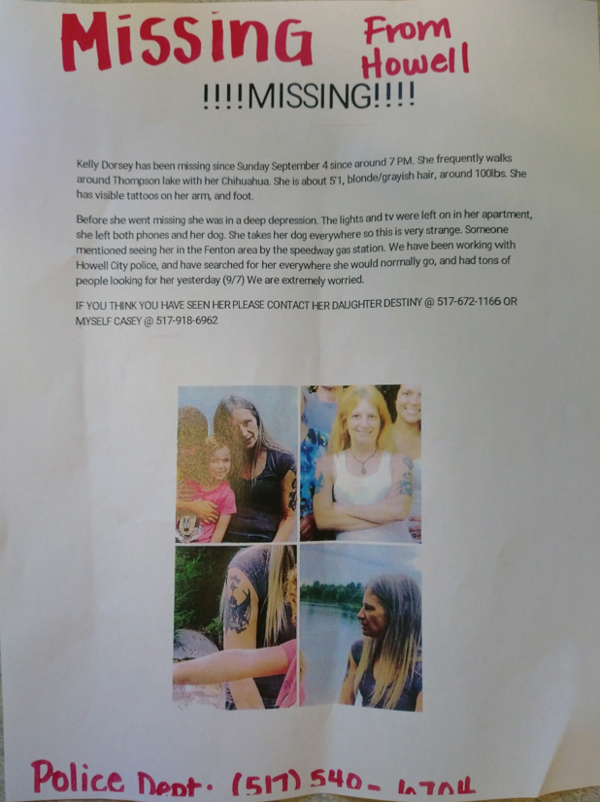 
Search efforts are continuing for a missing Howell woman.

Friends and family have been conducting searches and distributing flyers around neighborhoods and the Thompson Lake area, where 59-year-old Kelly Michele Dorsey was known to walk frequently with her dog. A command post was set up this morning at the Salvation Army Church on Lake Street to coordinate search efforts.

Howell Police were contacted by Dorsey’s family, who reported she had been missing since approximately 7pm Sunday and was last seen at her residence in the City.

Family members told WHMI she suffers from mental health issues and may or may not be wearing shoes.

The flyer circulating states before she went missing, Dorsey was in a deep depression. It says the lights and tv were left on in her apartment and she left behind both of her phones and her dog – which the family says was unusual because she takes her dog everywhere.

Dorsey is described as a white female, standing approximately 5-foot-4, and weighing 95 pounds. She has gray hair with blonde ends, about mid-back length.

Dorsey has a Jack Skellington tattoo, a skull heart tattoo on her left arm/shoulder, and a fairy sitting on a crescent moon on her right arm.

Anyone with information is asked to contact the Howell Police Department at 517-540-6704.