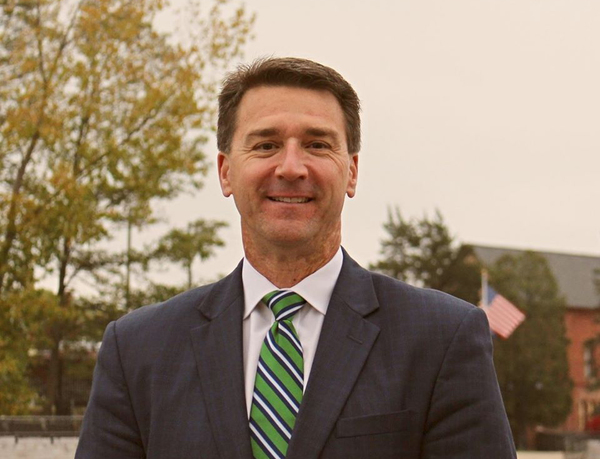 
The GOP candidate for the 8th District Congressional race spent some time with WHMI to talk about the campaign, his stance on several issues, and his opponent.

Republican Paul Junge of Brighton is a former prosecutor, television news anchor, Senate staffer and media relations official with the U.S. Citizenship and Immigration Services. He is challenging Democrat incumbent Elissa Slotkin, from Holly, who turned the district blue for the first time in 18 years when she was elected in 2018. Junge says he feels the 8th District is still, by and large, conservative; explaining Slotkin’s win more as a result of the typical off-year cycle after one party wins the White House, than a shift in political alignment. He said many people in the district felt they were misled by Slotkin’s campaign two years ago, and as he talks with more voters, they feel his experience more closely fits with the ideals of the district. Junge said Slotkin ran as an independently minded Democrat, but she has voted 96% of the time with Speaker of the House Nancy Pelosi. He said she also suggested she would avoid impeachment, but then was a leader in impeaching President Trump.

Slotkin has a fundraising advantage over Junge, but Junge didn’t appear to be distraught over it. He said she outspent Mike Bishop in 2018 and has benefitted from $2.3-million from Mike Bloomberg, and “it’s a built-in advantage.” He said he suspects he won’t have as much money as her, but as long as they have enough to get the word out, he believes people will see “who she really is” and want a representative that is “better for the district.”

Junge said if elected, his priorities will be to stand up for America in trade deals, enforcing immigration laws, defending life, and the defending the 2nd Amendment. With the COVID-19 pandemic, he said we have to do better on testing, and address ways to get people back to work, back to school, and back to their living their lives. When it was pointed out that his position on wanting more testing differed from remarks made by President Trump, Junge said he took the President’s comments about less testing as an attempt at humor.

President Trump has recently opposed funding the U.S. Postal Service out of unsubstantiated concerns of mail-in voting fraud. Junge, diverging from the President’s position, said he supports their work and wants a fully functioning Postal Service. However, he said, the USPS has been losing money for years and their funding problems come from long before Trump was elected. Junge said Democrats have a record of “ready, fire, aim.” He said, “Whatever comes up, they’re ready to tell us its terrible and the president is to blame and it’s all his fault. Whether it’s Russia, or Ukraine, or anything, their first reaction is to blame President Trump.”

In another diversion from the President’s position, Junge said he supports mail-in balloting, but only when a voter requests a ballot, and not a mass mailing of applications like Michigan’s Secretary of State sent out. Junge said that could lead to the potential of fraud.

In the aftermath of George Floyd’s murder, Junge said people can’t believe the mob violence and destruction of property going on that he says Democratic-elected officials will not stand up to. He called Slotkin “basically silent” on that issue. Junge said this was “unacceptable” and that people want elected leaders that will say so and stand up against it. Slotkin's campaign has pushed back against that assertion, saying she explicitly denounced mob violence as early as June 1st, when she posted on Facebook that, "I applaud those who made themselves heard without violence or intimidation, and condemn those who were there to seek damage. We need to lift up the voices of those peacefully working for change, and condemn the actions of those who only seek to damage our community and the cause of justice." Gordon Trowbridge, Senior Adviser for Communications for the Slotkin campaign, says Slotkin also told Lansing radio host Dave Akerly on June 9th, "Listen, you deface property, you throw a rock through a window, you turn over a car, you light something on fire, that is a crime. That is unlawful behavior and should be treated accordingly."

You can hear Junge’s full interview on WHMI’s Viewpoint this Sunday morning at 8:30.