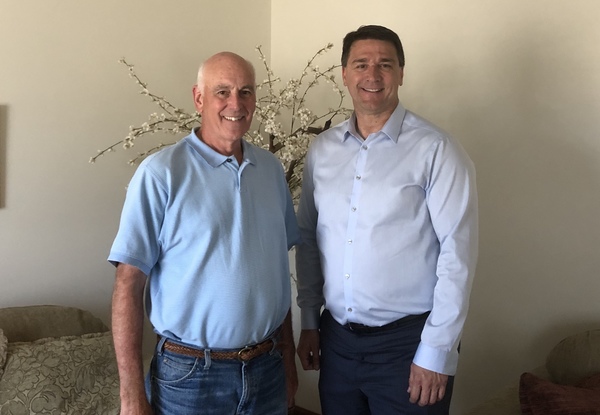 Former television news anchor Paul Junge has been endorsed by Genoa Township Supervisor and former State Representative Bill Rogers. Rogers served in the state’s 66th and 42nd Districts from 2009 through 2014, when he was term-limited. In a release, Rogers states he supports Junge for his “strong experience and leadership,” believing he “will create jobs through championing business development” and will provide “strong representation for the district.” Junge, who lives in the City of Brighton, said he was honored to receive Rogers’ support and looks forward to “working with him to encourage job creation, investment, and a stronger future.”

Rogers endorsement is the latest in a recent run that has seen Junge also pick them up from Congressman Tim Walberg, Livingston County Sheriff Mike Murphy, and the American Conservative Union.

He will face off in the August 4th primary against 3 other Republicans for the right to challenge Democrat Elissa Slotkin in November’s general election. Also seeking the GOP nomination are Mike Detmer of Howell, East Lansing Attorney Kristina Lyke and Marine Corps Veteran Alan Hoover of Ortonville.