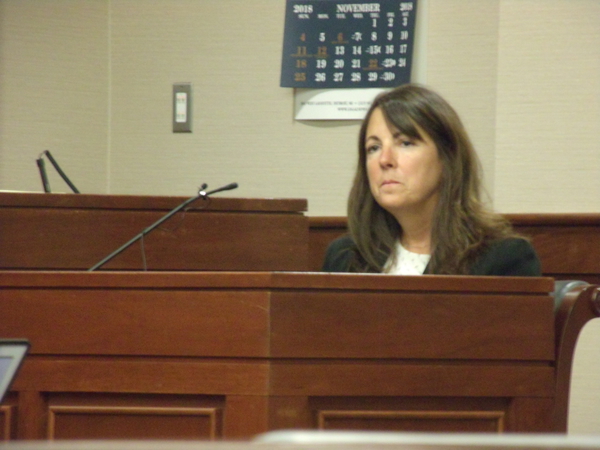 Brennan is facing various misconduct and abuse of power allegations. Brennan testified for a second day but this time about how she treated court employees and lawyers. The ethics case could lead to her removal from office. She's accused of failing to disclose a relationship with former Michigan State Police Detective Sean Furlong during a murder trial. She's also accused of using staff to perform personal duties for her on county time. Lynn Helland, executive director of Michigan Judicial Tenure Commission, questioned Brennan. Kristi Cox took a pay cut to stop working as Brennan's court reporter. The judge had referred to her as "brain-damaged." When asked about the remark in court today, Brennan said Cox returned from a vacation and was "acting strangely." She doesn't believe she treated Cox terribly.


Additional testimony was heard today from Livingston County Assistant Prosecuting Attorney Shawn Ryan in regard to Furlong, her former boyfriend, and different social interactions Brennan had with him and other law enforcement. Others included Livingston County Circuit Court Judge David Reader and his secretary Jeannine Pratt, who testified mostly in regard to Brennan’s divorce case. Another court employee, Robbin Pott, testified about a discussion Brennan allegedly had about how to remove emails, text messages and how to destroy a cell phone. She further stated that she heard the judge yell or shout almost every day.

The hearing is set to continue tomorrow in 16th District Court in Livonia. (JM)