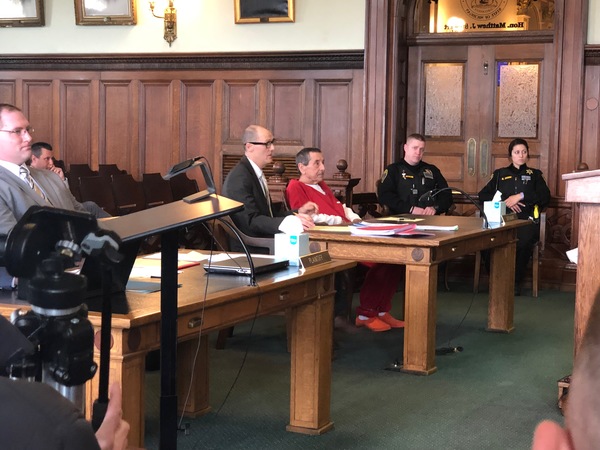 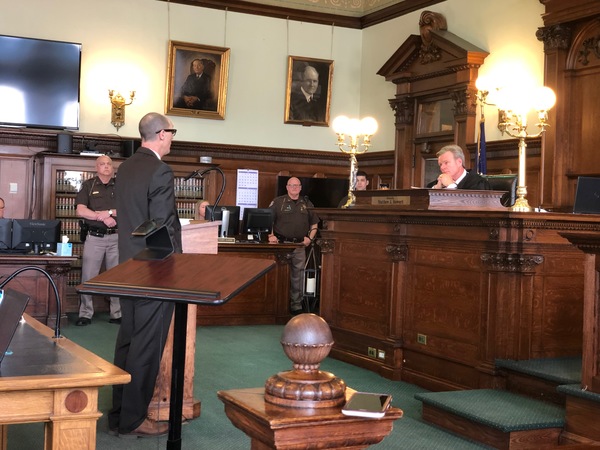 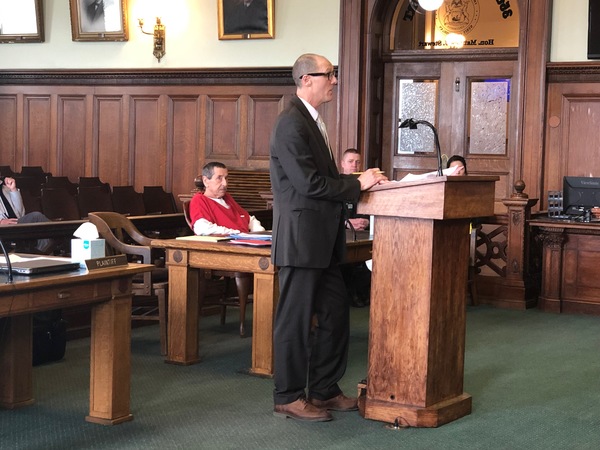 A Shiawassee County Judge has denied all defense motions for local taxpayer funding and a special prosecutor for the coming re-trial of Jerome Kowalski.

The 72-year-old Kowalski was in Corunna Thursday, where his defense counsel was requesting county funding and the disqualification of the Livingston County Prosecutor’s Office for his case, to Shiawassee County Circuit Court Judge Matthew Stewart. Kowalski was convicted and sentenced to life in prison in 2013 for the double murder of his brother and sister-in-law. The conviction was recently vacated after misconduct came to light involving a relationship between Judge Theresa Brennan, who presided over the case, and former State Police Detective Sean Furlong, who was the lead witness for the prosecution. Kowalski's defense attorney, Mark Gatesman, requested a special prosecutor for the retrial, believing that Livingston County Prosecutor Bill Vailliencourt knew of the affair, but still proceeded with the trial. Vaillienecourt has vehemently denied that. Stewart rendered his judgement, disagreeing with Gatesman. Stewart ruled that the defense did not make a meaningful showing that the Prosecutor’s Office acted in a manner that would empower the Circuit Court to order a special prosecutor. He said the parties have stipulated to a new trial, and the defenders have obtained a remedy of the perceived violation. Stewart continued, saying that the citizens of Livingston County elected a prosecutor to represent the people in criminal cases, and that he saw no basis to override the decision, nor has the defense persuaded the court that it has the authority to even do so. The motion was denied.

Gatesman then asked Judge Stewart to grant county funding to allow Kowalski the means to properly defend himself, as he sees fit. He asked that Kowalski be declared indigent, and that Gatesman would then prepare a request, with an expert, outlining what they want and the cost on an ex-parte basis. Judge Stewart called the request "shocking" and that it wasn't the responsibility of Livingston County residents to write a blank check for the "laundry list of items" on what he called, was Kowalski's "wish list." That list, Stewart said, included public funding for retained paralegal, a private investigator, an electronics discovery expert, and jury consultant. Stewart said the defense offered nothing to suggest that due process requires public funding of these individuals.

Judge Stewart said that this case, aside from almost any other he’s been involved in, demands complete transparency; and that Kowalski and the citizens of Livingston County deserve nothing less. He that, “This court intends to give Mr. Kowalski a full fair, prompt, and public trial.” For all those reasons, he said, the court denies the defendant’s motion for funding in its entirety.

Judge Stewart released the upcoming schedule for the re-trial, which is scheduled to begin on September 23rd. (MK)