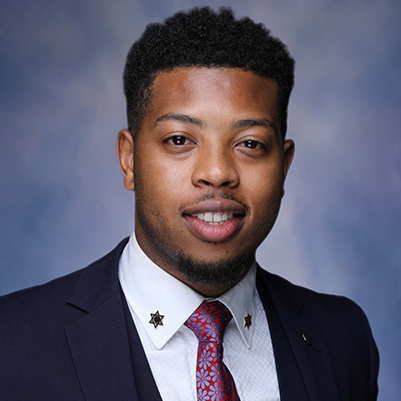 
Defense motions to dismiss the charges against a state lawmaker arrested earlier this year near Fowlerville were denied on Friday.

Livingston County Circuit Court Judge Michael Hatty ruled that there was reasonable suspicion on the part of Michigan State Police to believe Democratic State Rep. Jewell Jones of Inkster was the driver of an SUV that had gone off the road and was in a ditch along I-96.

Jones’ lawyer, Byron Nolen, argued that there was no evidence his client had been driving the SUV when troopers arrived on the scene April 6th and thus they did not have authority to search the vehicle, in which a handgun was found, nor administer a breathalyzer and follow-up blood test. That test concluded Jones blood alcohol content was .19%, more than twice the legal limit.

The 26-year-old Jones was subsequently charged with operating while intoxicated, operating a vehicle with a high blood alcohol content, resisting and obstructing a police officer, possession of a weapon while under the influence of alcohol, and reckless driving.

Testimony Friday included that from two MSP troopers who said that while Jones did briefly flash his Inkster Police Reserve badge, he refused to show his identification despite being asked multiple times, threatened to call Gov. Whitmer and stated he had oversight over the Michigan State Police budget. They also stated the odor of alcohol was on his breath and that he was belligerent both with them and paramedics on the scene.

After hearing the testimony and viewing clips from the troopers dashboard and body cameras, Judge Hatty rejected Nolen's arguments to dismiss the charges as well as to provide the trooper’s personnel records, setting a December 17th pretrial conference in the matter.

Jones also faces felony charges related to the discovery of a handcuff key taped to his foot as he was being booked into the Livingston County Jail on a parole violation.

He previously rejected a deal with prosecutors in which those charges, as well as two counts of resisting and obstructing and one count of driving under the influence with a high blood alcohol content would have been dismissed in exchange for a pleading guilty to several other charges including resisting and obstructing police, operating while intoxicated, possession of a weapon while intoxicated, reckless driving and a misdemeanor charge of escape of lawful custody.

The deal also would have allowed Jones to utilize the Holmes Youthful Trainee Act, which could have eventually cleared the felony convictions from his record.