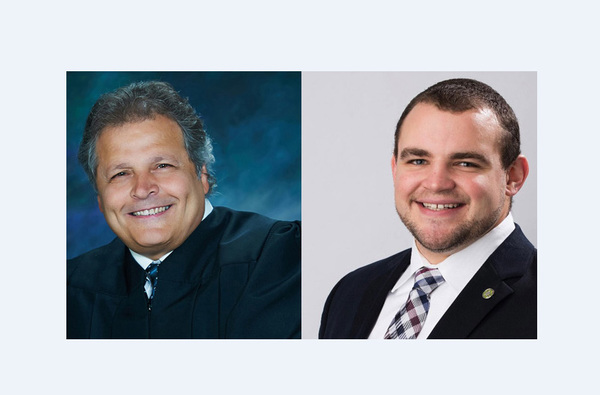 
A local judge and an attorney are among the newest members of a law school’s board of directors.

The Western Michigan University Cooley Law School Board of Directors voted unanimously in February to elect three new members, including Judge Michael Hatty of Brighton (left) and Mitchell Zajac of Howell (right) to four-year terms on the board. Also elected was Jordan Sutton of Lansing.

Hatty is Livingston County’s Chief Judge. Before being elected to the circuit court bench, Hatty was in private practice for nearly 30 years. Zajac is a registered patent attorney with the U.S. Patent and Trademark Office, who has also coached football at Howell High School since 2015. Sutton hails from a family of WMU-Cooley graduates and joined their family-owned business in Lansing in 2004.

WMU-Cooley President and Dean James McGrath said they’re excited to welcome Hatty, Sutton and Zajac to the WMU-Cooley Board of Directors as they shape the future of the law school. He added they “appreciate the counsel of these trusted stakeholders as we reimagine the role of a law school in an ever changing legal landscape.”