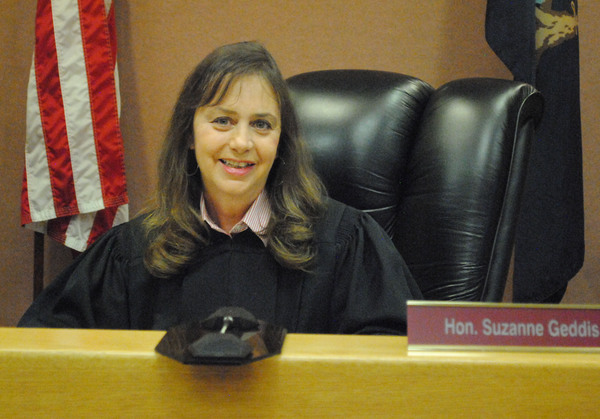 Currently held by 53rd District Court Judge Carol Sue Reader, the judicial seat will move to the 44th Circuit Court on January 1st, 2019, following a recommendation from the State Court Administrative Office. Reader cannot run again due to age limitations. The position was created as a result of what County Commissioners, the Supreme Court and the Legislature say is an imbalance between the number of cases at the Circuit and District Court.

Geddis announced her campaign today. In 2004, she became the first female judge to be elected to the District Court. She has been one of the county’s three District Court Judges for over 13 years. During that time, Geddis also presided over Circuit Court cases. Before running for judge, Geddis was a prosecutor. She joins Dennis Brewer in the race, who announced his candidacy for the Circuit Court position earlier this week.

Whoever is chosen for the new seat will serve the first term for eight years instead of the usual six, so that judicial seats will eventually be staggered and up for election every two years. (DK)