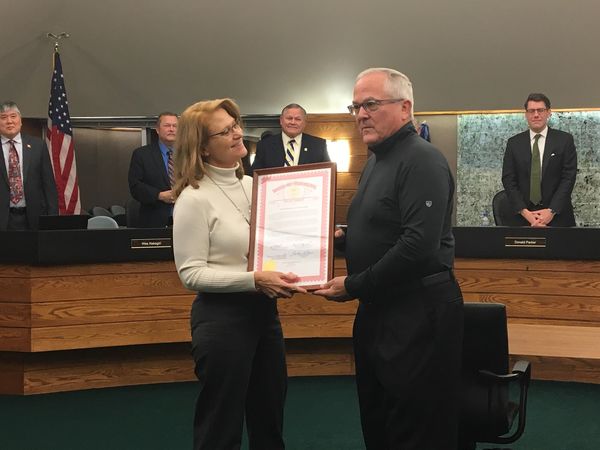 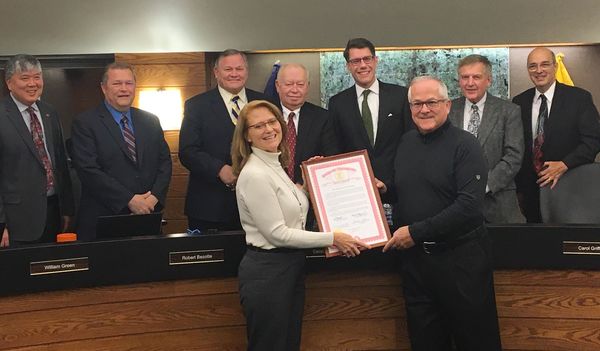 A retired Livingston County judge was honored by local and elected leaders with a tribute recognizing his service to the community.

Earlier this year 44th Circuit Court Judge David Reader submitted a letter of resignation, effective April 12th. Originally elected in 2004, Judge Reader was elected to additional six year terms in 2010 and 2016. Before election to the bench, Reader earned a bachelor's degree from Michigan State University and a law degree from Wayne State University. He was a private practice attorney starting in 1977, including service on the Livingston County Planning Commission and Howell Area Chamber of Commerce. In 1996, he won election to the Livingston County Board of Commissioners, where he served through 2004.

Reader was honored at a Board of Commissioners meeting Tuesday night, with a tribute presented by State Senator Lana Theis and signed by herself, Governor Gretchen Whitmer, Lt. Governor Garlin Gilchrist, and State Representative Ann Bollin. Theis says every now and then you get an opportunity to say thank you to someone who has been extraordinary in the community and wanted to publicly recognize Reader for the sacrifices he has made on behalf of the residents of Livingston County. Theis says Reader’s retirement as a circuit court judge “marks the end of an era of excellence”. Reader then spoke to attendees to share the philosophy he subscribes to, which Reader says comes from the late John “Jack” LaBelle, a long-serving Livingston County Commissioner who passed away in 2016.

Reader considers LaBelle to have been one of the county’s greatest leaders and shared the qualities he tries to embody. He says working together in a collaborative fashion, seeking consensus in agreement, and always letting the light shine on the people that are doing the behind-the-scenes work tends to put one in a position to maximize the accomplishments you want to achieve in whatever endeavor you’re pursuing.

Reader says it has been an honor and a privilege, not only to serve the county and its residents as a circuit court judge, but also in other leadership capacities. (DK)