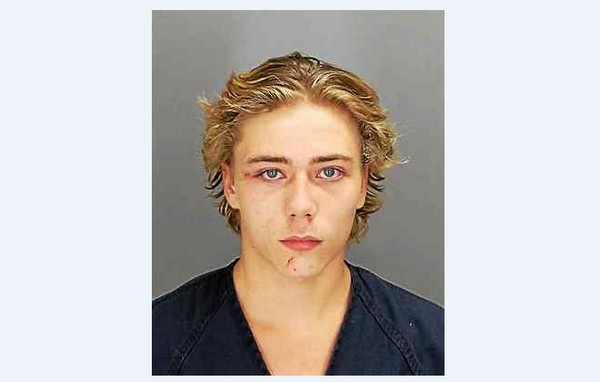 A lengthy prison term has been handed down to a Livingston County man for a fatal traffic crash.

20-year-old Jordan Watson of Howell pleaded no contest last month to 2nd degree murder and other charges that he was drunk and behind the wheel when he drove into two Waterford Township homes in 2016, causing the death of one of his passengers. On Wednesday, Watson was ordered to spend between 19-and-a-half years and 50 years in prison on the 2nd degree murder charge, which stemmed from the death of 19-year-old Gage Remsberg of Highland Township, who died two months after the October, 2016 crash.

Watson was also ordered to serve sentences of 10 to 15 years on counts of OWI causing death and OWI with a suspended license causing death and 3 to 5 years for OWI causing serious injury and OWI with a suspended license causing serious injury. His attorney had tried to withdraw the no contest plea saying Watson was like a “deer caught in the headlights” and unable to think logically when he made the plea, but that was earlier rejected by Oakland County Circuit Court Judge James Alexander, who handed down yesterday’s sentenced, which will be served concurrently.

Authorities said Watson was traveling south on Scott Lake Road in excess of 90 mph, when his vehicle crashed through the attached garage of an unoccupied home and into the side of an adjacent home. He had a blood-alcohol content of 0.32% at the time of the crash, four times the legal driving limit.

Also charged in the case is 18-year-old Sophia Buttazzoni of Commerce Township who was a passenger in the vehicle. Police say the car in question belonged to her father, but she had legal control over it that night and is accused of knowingly allowing Watson to drive while he was intoxicated. Buttazzoni is set to go to trial March 22nd. (JK)