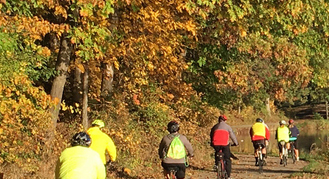 
Some outdoor recreation projects in the Fenton and Linden areas will likely receive state funding.

Under the bill, the Southern Lakes Parks and Recreation District would get a $300,000 grant to put toward a nearly $2 (m) million project to develop the Silver Lake Road Connector Trail through the communities of Linden, Fenton, and Fenton Township. The trail would connect Triangle Park in Linden with Silver Lake Park in Fenton and include observation areas with unobstructed views of the lake, wetlands, and prairies.

The City of Fenton would also receive a $300,000 grant toward a $499,600 project to add an ADA-accessible kayak/canoe launch, storage building, benches, accessible playground, landscaping, and wellness stations to Millpond Park along the Shiawassee River Water Trail.

Genesee County would get a $300,000 grant for a $2.3 million development of a 2.28-mile section of the Iron Belle Trail in the county along the south side of Perry Road stretching from Atlas Township to Grand Blanc Township.

In a press release, Johnson commented that the projects will help enhance opportunities for local families to have fun in Michigan’s great outdoors from hiking and biking to kayaking and fishing.

The NRTF is supported by interest earnings from the development of state-owned mineral rights. The fund’s dollars are constitutionally restricted to recreation improvements and land acquisitions.

HB 4469 now heads to the governor’s desk for a possible signature.