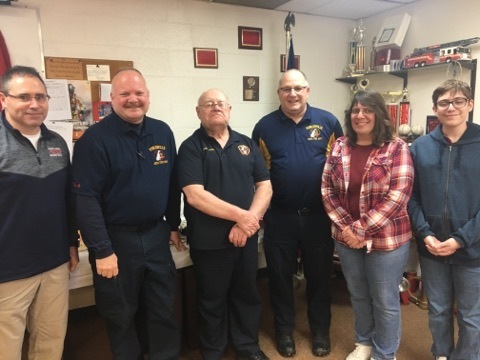 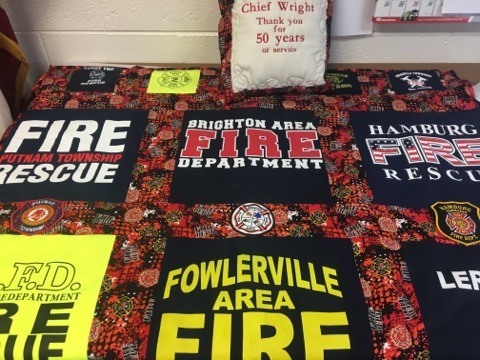 Wright, whose last day was Saturday, has been at the head position of the department since March of 1986 and says it was a couple of buddies that originally encouraged him to join. Chief Wright plans on staying within the community, in retirement.

At his party, Wright told WHMI that he has no immediate plans otherwise, but knows he’ll miss this part of his life adding, “I’m not sure how it’s going to feel…it’s kind of hard after all these years to walk away from it.”

Wright says what he’ll miss most is the firefighters he’s worked with, but that he’ll still be around because “somebody has to drink the coffee” there.

Joann Schaefer, Wright’s daughter, says she and her family have been a part of the community for 50 years and that she will miss seeing her father serve in this capacity. Schaefer tells WHMI she is very proud of her dad, his work ethic and integrity. She says she appreciates all he has done for the community, but does add that she’s sad to see it ending.

Deputy Chief Bob Feig, who has been named Wright’s successor, was one of Wright’s first hires 34 years ago and feels Wright has been instrumental in keeping the department up to date. Feig, who is now in his new role as Chief, says his initial goals are to keep the department moving forward, while staying appraised of new changes and requirements that firefighters will be responsible for. (DK)