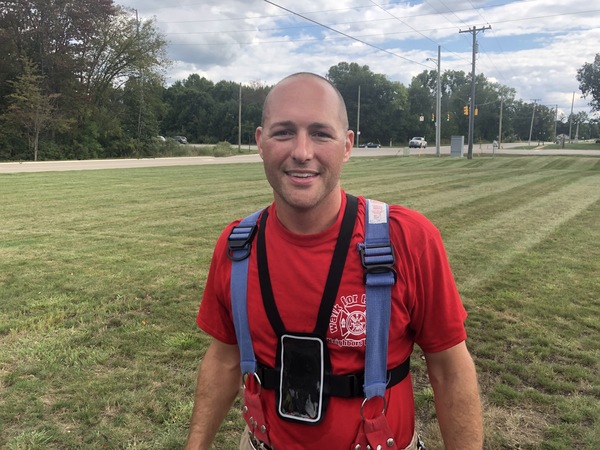 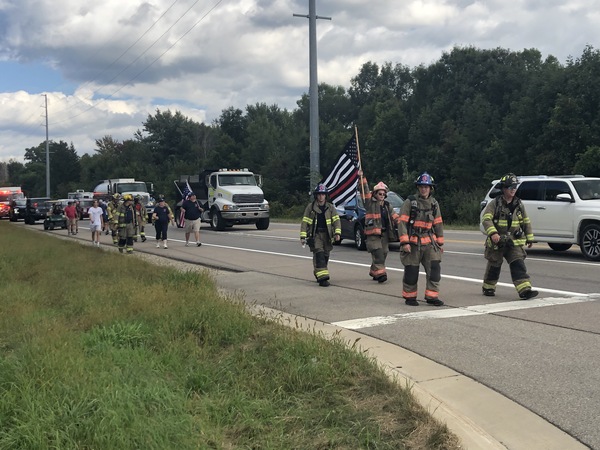 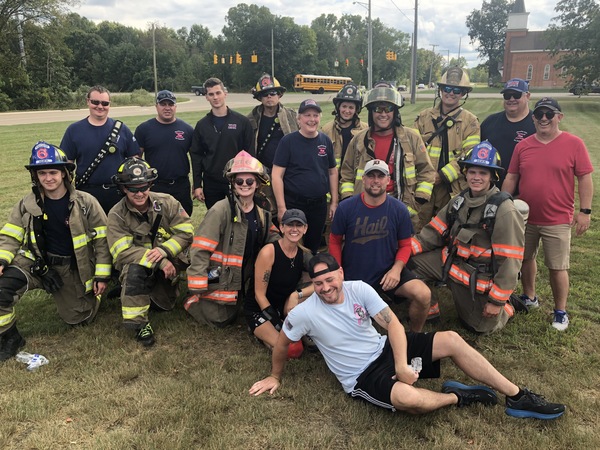 A Macomb Township Firefighter’s walk across the state to raise cancer awareness has brought him through Livingston County.

Firefighter Joe Warne’s “Walk for the Red 140” is a four day, 140-mile trek he has taken the last three years to raise awareness of cancer in the fire service and funds for those affected

Yesterday was day 2 of the walk, a day in which Warne began in White Lake and traveled west down Highland Road through Hartland and then on to Howell, in full gear. He was joined by members of the Hartland Deerfield Fire Authority, the Howell Area Fire Authority, and supporters on the march.

Warne told WHMI that while fires pose an obvious and immediate danger to firefighters, they also raise the risk of long term complications that can lead to cancer. He said that much of that is caused by newer construction in buildings and the plastics used. Warne said they give off toxins which can seep into the skin and, over the course of time, create cancer cells that the firefighters just can’t beat.

Studies from the CDC and the National Institute for Occupational Health and Safety report firefighters have a 9 percent higher risk of being diagnosed with cancer, with a 14% higher risk of dying from it compared to the general U.S. population.

Warne said that one of the best parts of the Walk is getting to meet the firefighters they are assisting. Along the way he got to meet Howell Firefighter Steve Moor, who the Walk is helping this year, while also getting to reconnect with last year’s recipient, Jennifer Dehanke, also from Howell. Both Moor and Denhanke praised the work Warne is doing for the firefighting community, with Moor feeling exceptionally humbled by the generosity.

The Walk for the Red 140 continues today in the Lansing area, and wraps up on Sunday in Grand Rapids.

Warne said that the Walk has grown a lot over the last three years and this has been its best year yet. He hopes to see it grow even further, saying “we won’t be satisfied until we are in all 50 states.”