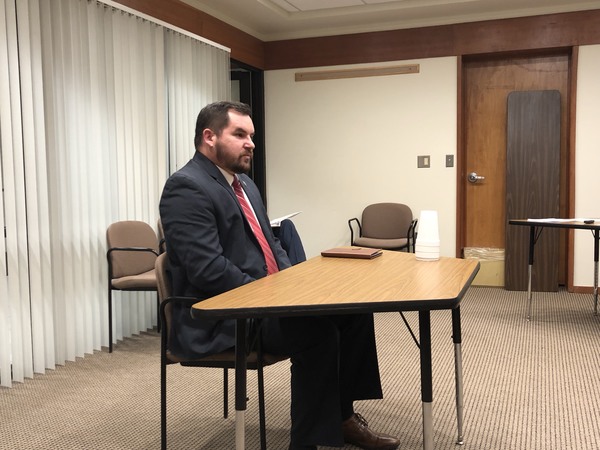 Local Democrats are alleging partisan politics in Brighton Township following the appointment of the new clerk.

Joe Riker was selected to fill the Clerk’s position that Ann Bollin vacated at the end of the year to serve in the State House of Representatives. The Brighton Township Board received 8 resumes and 5 applicants were selected for interviews this week. After much debate between two candidates and split votes, the board voted to appoint Joe Riker as clerk during a special meeting last night. Riker has a long record of military service and served as the community liaison and veteran case worker for former Congressman Mike Bishop, who was unseated in November. He also served as vice chair of the Livingston County Republican Party. The other candidate, John Gibbons, has a deep background in finance and is a Zoning Board of Appeals member. Riker’s conservative views appeared to be the main sticking points for Supervisor Patrick Michel and Trustee Sam Theis, the husband of Republican Senator Lana Theis. Gibbons said he would likely run as a Republican for re-election, but really is more middle-of-the-road independent. During the meeting, some board members publicly expressed concerns about the more politically middle-of-the-road Gibbons not representing the values of the residents in as conservative a manner as Riker will.

Livingston County Democratic Party Chairwoman Judy Daubenmier is raising concerns about blatant partisanship, saying Riker was selected solely for his conservative values. She says there was no discussion about whether or not Riker was qualified or more qualified than the other candidate – only that he was the most Republican and conservative and that’s what was needed. She says they didn’t care about whether he would serve the residents or knew anything about elections or knew anything about finances or public records, which are all part of the clerk job – only whether he was the most Republican. Daubenmier tells WHMI she knew the system was rigged from the start because the board arbitrarily excluded some candidates from even being interviewed with no explanation, no indication ahead of time and no public vote. Daubenmier says Riker’s appointment raises concerns that elections will no longer be fairly administered and there is no question in her mind that there was some type of deal made between Riker and Bollin which resulted in Riker dropping out of the primary election. Riker was originally running against Bollin for the 42nd District seat but pulled out of the primary race.
Daubenmier says it was clear Riker needed a job to keep his political future in Livingston County viable, adding county taxpayers will be supporting him until it’s time for him to move up to higher office. Daubenmier said when Riker bowed out of a Republican primary, everyone wondered what he was promised for doing so. She doesn’t have any evidence but says it’s extremely suspicious that one day Riker is a state House candidate, the next he’s not and now, he is Brighton Township Clerk – adding people are not stupid and can see what’s going on.

Riker issued the following statement in response to WHMI: "Thank you for reaching out to me for comment. It is truly hard to comment on such outrageous allegations. I was only in attendance for the interview itself and not for the debate that followed therefore, it would be inappropriate for me to speak to how the decision was made. I believe my resume easily meets the qualifications for the clerk position. It is ridiculous for Judy Daubenmier to suggest that any arrangements were made for me to drop out of the State House race with a promise to have the Clerk seat. That statement is simply false and offensive as I have done nothing but serve my country and all people with honor and integrity. The suggestion that a conversation between Representative Bollin and myself regarding the Clerk’s position, should she win the State Representative race, is ludicrous and never occurred. I look forward to fulfilling the duties of the clerk for every Brighton Township resident and continuing to serve my country and all citizens equally and fairly. I look forward to the opportunity given to me and thank the township for their trust to do so". (JM)